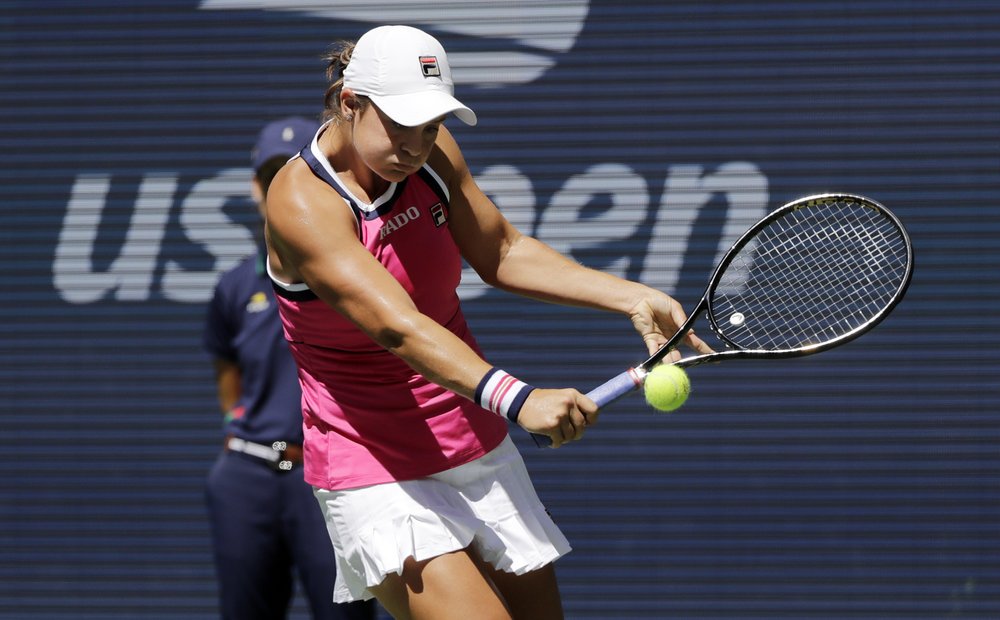 Ashleigh Barty, of Australia, returns a shot to Zarina Diyas, of Kazakhstan, during the first round of the US Open tennis tournament Monday, Aug. 26, 2019, in New York. (Photo: AP)

French Open champion Ash Barty was forced to come back to defeat Zarina Diyas 1-6, 6-3, 6-2 at the US Open.

The second-seeded Barty, who amassed 36 unforced errors and got less than half of her first serves in, was thoroughly dominated in the first set and did not begin to come alive until the match was knotted at 3-3 in the second set.

She went on to win nine of the next 11 games, the last ending when the No. 80-ranked Diyas sailed a forehand long.