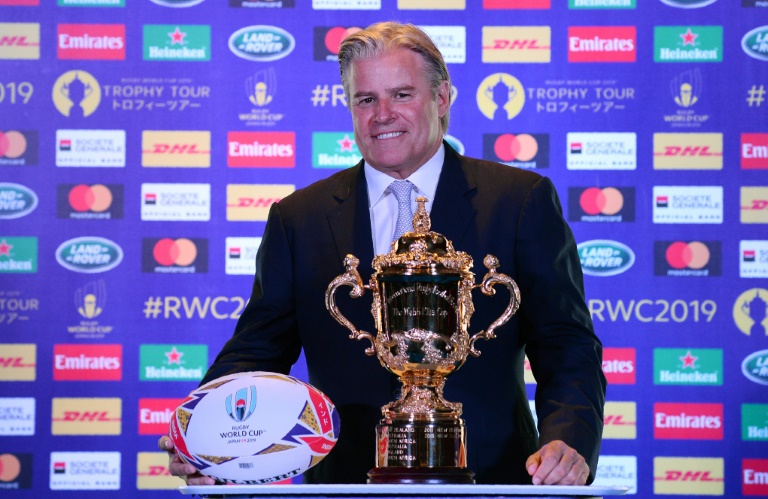 The recent deaths of four young French rugby players were an "unusual spike", according to World Rugby CEO Brett Gosper, unveiling a five-point injury-prevention plan for 2019 that includes reassessing tackle height in a bid to reduce concussions.

"We were devastated by the series of fatal accidents," Gosper told AFP in an interview.

"For us it was a highly unusual spike. Deaths do happen from time to time in rugby, as they do in all sports, combat or otherwise, but we certainly haven't seen a run like this in a major rugby market, any rugby market actually."

After the death of Stade Francais junior Chauvin, Gosper and World Rugby president Bill Beaumont travelled to France to meet with federation and government officials.

"We walked through all of our protocols. We showed statistics from around the world of significant reduction in the danger in the sport," Gosper said.

"While no one was comfortable with what was happening on the field in those particular incidents, I think we gave greater perspective globally on what was happening in France in order for them to understand that these were highly uncharacteristic spikes that were not easily explained, but in the context of where the general direction of travel was on serious injury and deaths, that actually the sport was in a very strong place."

The FFR and the French league reacted by suggesting World Rugby consider banning tackles by more than one player at a time and lowering the permitted tackle line to from the shoulders to the waist.

World Rugby agreed to accelerate their four-year law cycle, during which unions propose ideas for changes, and France will host a World Rugby seminar on injury prevention on March 19-20, bringing together medical professionals, coaches and technical officials in a bid to boost "player-welfare law making rather than law making that has player welfare in mind".

"Whether it be death on a rugby field or catastrophic injuries, there's been a marked decline over a number of years. I think this spike took us all by surprise," Gosper said of the four deaths.

The Australian said a five-point plan comprising a law review, a plan to encourage best-practice training between club and country, injury surveillance, an injury-prevention game warm-up programme and tackle education was being introduced.

"We've had a lot of success managing concussion, particularly since we introduced the HIA (head injury assessment) in 2012 and we've made huge inroads," he said of an issue that continues to make headlines.

"Concussion is the most emotive and in many ways in its extreme form probably the most dangerous of the injuries we deal with."

Two-thirds of reported concussions occurred in the tackle, with two-thirds of those injured the player tackling.

Despite the second-tier English championship halting a lowered tackle trial after it was found the likelihood of concussions did not decrease in 'pick and go' situations, Gosper said: "We still believe dropping that tackle height in the right, appropriate way will lead to a lowering of concussion rate."

Gosper said there had been a 14% decrease in concussion over the last 12 months in the English Premiership, which he put down not only to zero tolerance on high tackles, but also a "dramatic" change in the general culture in the game.

While statistics also show there has been no real increase in either the number of injuries or the severity in the EPL, "that doesn't matter from a communications point of view because what people want to see is a reduction in overall injuries", he said.

"I'm not sure we have an image problem per se. But we're very aware that the tolerance levels in society for any sort of injury, with parents' perceptions and so on, are probably going down," he said, adding that issues were extrapolated from the elite game, which represents one percent of the sport.

"Our job is to make the sport safer and also to convey to the public the relativities around the risks involved in playing a sport like rugby. We're not spinning, we're managing with evidence-based assertions around the injury game."