CULTURE From black to white: An educational revolution

From black to white: An educational revolution 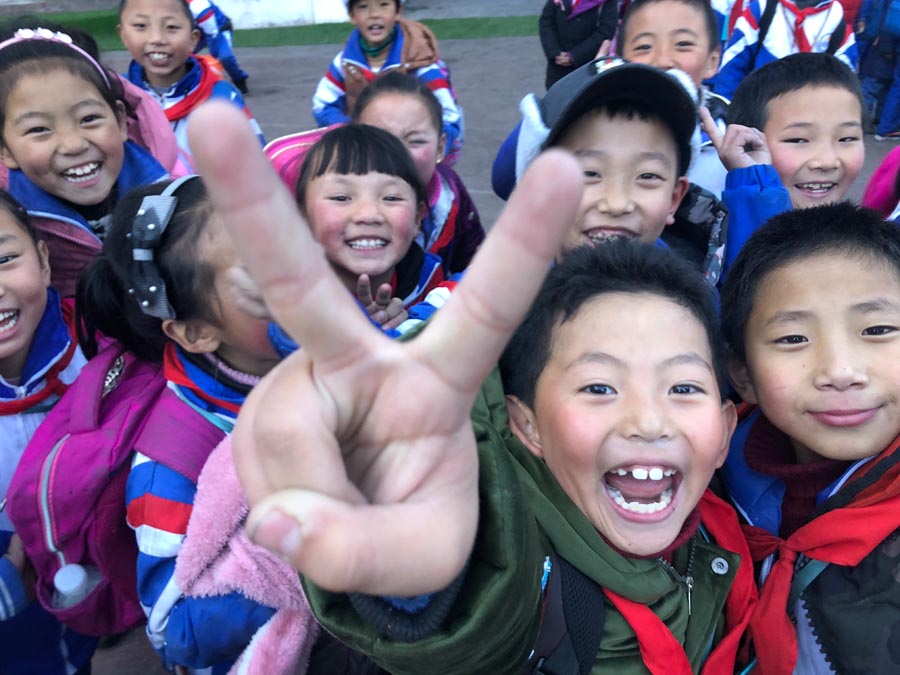 For the past three years the engineering and computer science school of Tsinghua University in Beijing have been ranked as the best of its kind in the world, even outshining counterparts such as those at Princeton University and the Massachusetts Institute of Technology in the United States.

That accolade sits perfectly with the astonishingly rapid modernization of China that people mostly associate with its gleaming skyscrapers, shiny bullet trains and a stellar economy that has become the world's second-largest. For all these we can thank the policies of reform and opening-up of the past 40 years.

An essential foundation of that kind of success is, of course, education, and it is not only in the hallowed halls of tertiary institutions such as Tsinghua that the building stones of success are being laid.

The often overlooked heroes of China's advance are the elementary schools where people receive the formative education that will shape their later education, careers and indeed their lives, and those schools have quietly been undergoing their own radical changes.

These are evident in four schools that China Daily visited throughout the country as it took a look at the changing face of elementary education in China in: Qamdo, Tibet autonomous region; Guiyang, Guizhou province; Qingdao, Shandong province; and Chongqing, in the country's southwest. We recount those changes in this and the accompanying articles.

The rendezvous with modernization of Qamdo Municipal Experimental Primary School in Qamdo, in the east of the Tibet autonomous region, well predates the reform and opening-up that began in the late 1970s. The school, built in 1951, is known as the first modern school built by the Communist Party of China in the region, and is regarded as the starting point of the region's modern education.

More than 10,000 students have studied there and have gone on to lead successful lives not only in the region and across the country, but throughout the world as well.

When the school was founded it only had three classes, little more than 60 students, and very rudimentary classrooms with blackboards and broken stools. Now it has 38 classrooms and 152 teachers for its more than 2,000 students, and modern amenities that include whiteboards, a multimedia classroom, art room, a music room, a dining hall and a science laboratory.

Dawa Yangjen, a math teacher at the school, says the huge strides the school has made over 68 years through a program of modernization and regeneration that the central government has strongly promoted have contributed to the city's growth.

"When I was transferred here in 2001 the school buildings were all old," Dawa Yangjen, 45, says. Computers, hot water and air conditioning have contributed to that transformation, she says.

"Flowers and plants in offices and new desks and chairs in classrooms have also greatly helped improve the environment."

Sherab Jikme, another teacher at the school, says that in addition to the huge abundance of resources students now enjoy, the quality of teaching has greatly improved over the years.

Teachers used to be in short supply too, and Sherab, 40, had to teach several different subjects to the students, in addition to his strong major, Tibetan language.

"In recent years, we've had more staff, so I can focus on my core subject and teach students of what I know the best," Sherab says.

When Geyang, 74, a retired teacher, tells of the days in the 1980s when he would be writing Tibetan verses on the blackboard to the accompaniment of the sound of students falling from their decrepit tools.

"The stools and desks in the school were so run-down that we always had carpenters fixing them," he says of the six-story building built at the end of the 1980s.

"When I was teaching in the school in the mid-80s the school had a few single-story houses as classrooms, and we only had just classrooms."

Geyang, who taught at the school for 15 years before retiring in 2000, says it had little in the way of modern conveniences, and firewood was used for cooking and heating.

The school used to have no hot water, but thanks to electric heating students can get hot drinking water anytime, and wash their hands with warm water in winter, Sherab says.

Two years ago the school's concrete playgrounds were ripped up and replaced by rubberized playgrounds, making them both safer and more enjoyable to play on.

"I like playing basketball, and now that the courts have a rubber surface, we play more often thanks to government funding," Sherab says.

Tenzin Choedron, a sixth grade student, says that when she was in first grade her desk and chair were old and uncomfortable, and her chair now has a backrest, and is comfortable.

Kunsang Dorje, 10, a student in fifth grade, said he likes the school's recently opened multimedia classroom, and says it makes it much easier for students and teachers to communicate.

"We used to only have one sports ground, and now we have several basketball courts. As a student of the school I'm proud, and I like playing ping pong."