CULTURE From dives to Broadway, US arts aid offers 'lifeline' to devastated venues

From dives to Broadway, US arts aid offers 'lifeline' to devastated venues 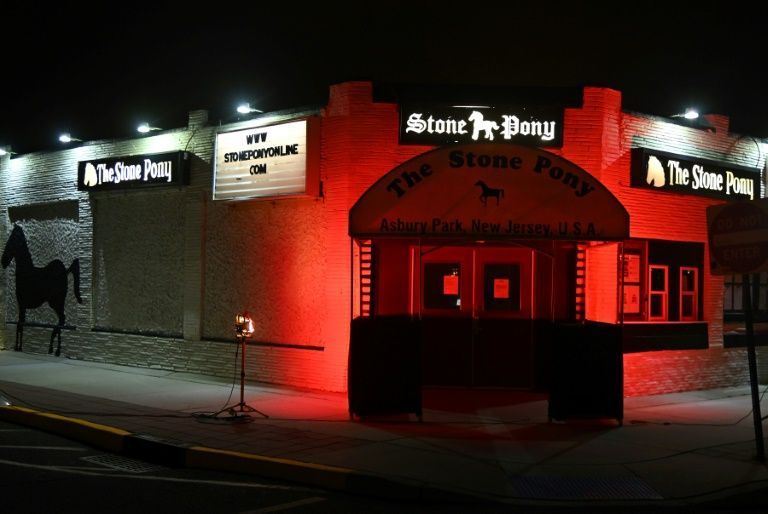 The Stone Pony in New Jersey's Asbury Park has hosted dozens of musicians on their ascent to stardom -- including none other than Bruce Springsteen -- but for months it's sat dark due to the coronavirus pandemic.

And like hundreds of other cultural institutions across the United States its owners are hopeful relief is finally on the way: the latest COVID-19 bill recently signed into law by President Donald Trump includes $15 billion for beleaguered arts venues to survive the ongoing crisis.

The funds -- part of a $900 billion coronavirus relief package -- aim to support institutions from dives to Broadway, and come after months of efforts as part of the "Save Our Stages" campaign.

Caroline O'Toole, who manages The Stone Pony, voiced hope that the money would offer a lifeline to the music world, calling the fervent efforts from the industry to get the bill passed "outstanding."

Independent entertainment venues and theaters as well as many cultural nonprofits can apply to the grants geared towards supporting rent and maintenance.

Qualified businesses can receive up to 45 percent of their gross revenue from 2019, with a cap of $10 million.

"We've already started to pull together our documentation," said Katie Tuten, co-owner of The Hideout, a 150-person Chicago music venue.

Tuten was among the industry leaders campaigning for the bill, which was co-sponsored by Democratic Senator Amy Klobuchar and Republican Senator John Cornyn.

The bill's passage comes at a desperate moment for many in the music industry: some 90 percent of independent venue owners, promoters and bookers said they would soon close permanently without targeted government funding, according to a recent survey from the National Independent Venue Association.

Dayna Frank, who owns the iconic Minneapolis venue First Avenue -- where Prince's "Purple Rain" was filmed -- is president of the NIVA and called the legislation a "lifeline our industry so desperately needs to emerge from a devastating year."

"Careers came to a standstill overnight, and people continue to face personal hardships, which is why legislation like this and extending pandemic unemployment assistance is essential."

Also as part of the relief package, lawmakers agreed to reboot an extra federal benefit for the unemployed of $300 through March 14, half of the $600 a week distributed in the early days of stay-at-home orders.

"I've never worked harder in my life than this year," said Joe Shanahan, owner of Chicago's 1,000-seat Metro, credited with fostering the success of alt rockers The Smashing Pumpkins.

"I've spent the last 10 months banging on congressmen's doors, governors' doors, mayors' doors -- just as aggressively as I would go after an agent or a manager for a band," Shanahan said.

"It's a grant that helps provide a backstop until the vaccine is administered and public confidence is back. Then we can pivot from a survival mode to strategizing how we will reopen."

Venue owners say the relief can save their facilities while also supporting many more jobs within the arts ecosystem.

"The arts are critical to our social and emotional development but also as an economic driver," said Brooke Flanagan, director of Chicago's Steppenwolf Theatre.

"It helps the restaurants around us, the Lyft drivers, and generates parking revenue."

Publicly traded companies and larger institutions are restricted -- an effort to be sure relief goes to those who truly need it.

Greg Kot, who co-hosts the nationally syndicated radio show "Sound Opinions," pointed to fears that the Save Our Stages funds would go the way of the Payment Protection Plan, which saw some aid directed towards large corporations instead of small businesses.

"I think the concerns are the same now," Kot said.

But Billy Helmkamp -- co-owner of Sleeping Village, a 500-seat Chicago music venue -- said the legislation prioritizes those venues that have suffered the most.

"It also makes sure that the money is helping mom-and-pop, independent businesses," he said, describing "safeguards" like the tiered priority to those who've lost nearly all their revenues.

Eligibility requirements also include employing fewer than 500 people and operating venues in 10 states or fewer.

Tuten, of Chicago's Hideout, said it was vital to protect those smaller venues, many of which have already closed nationwide, including Washington's U Street Music Hall and Los Angeles' mainstay The Satellite.

"American music is one of our greatest exports, but bands don't just start playing the United Center,” said Tuten, referring to the enormous Chicago arena.

"Bands make their way up through small clubs," she said.

"Take any of us out of the equation and the whole ecosystem gets upset."