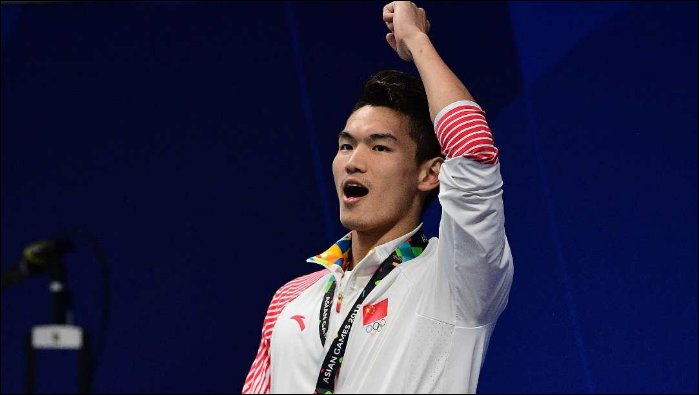 Turning zero from Incheon to a trio of golds in Jakarta, China's Xu Jiayu savored his comeback story as the backstroke swimmer added 200m title to his gold haul at the 2018 Asian Games on Thursday night.

Four years ago in South Korea, the swimming sensation tasted his first Asian Games with full confidence, but he was a whisker away from securing his first individual gold medal in the tournament, with  three previous silvers under his belt.

In Indonesia, Xu wasted no time in reclaiming his crown as the world champion. He collected both 50m and 100m during the first four days at the Games, surged ahead from the beginning and met little challenge in the 200m, winning in a personal best of one minute 53.99 seconds.

"My plan was to swim as fast as I could in the first 100m and set my own pace. I am getting more experienced than I was four years ago. I am confident that I can break the long-time Japan's dominance of the backstroke," said Xu.

"I have been competing from the first day until now, the fifth day, and I felt tired but I realized my dream step by step, closer and closer. My goal coming to the Games was to try to win five gold medals. I believe in myself that I can fight until the last event, the men's medley relay tomorrow."

Xu, also a member of the winning 4X100m mixed medley relay team, took the Asian Games as a springboard to the Tokyo Olympic Games.

"So far I have won four gold medals, but my goal is the Tokyo Olympics," Xu added.