The 2018 Prix Fu Lei (Fu Lei Prize) for translation and publication was awarded to Yuan Xiaoyi, translator of “Chanson Douce” written by Leila Slimani on Saturday. 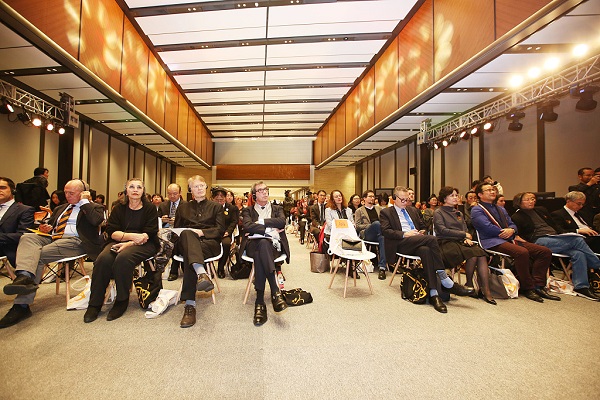 Attendees at the awarding ceremony of the 2018 Prix Fu Lei (Fu Lei Prize) for translation and publication. (Photo: VCG)

The Prix Fu Lei for social science went to Liang Shuang and Tian Meng, who cooperated in the translation work of “Dimanche de Bouvines” by Georges Duby. While Zhou Lihong and Jiao Jingshu took the award for the new translator for the translation of “Les Aveux du Roman”.

Winners of the translation awards for literature and social science could separately share 4,000 euros (4,533 U.S. dollars) with their publishers, and the winners of the new translator award could share 1,500 euros (1,700 U.S. dollars).

It was the 10th anniversary of the prize, which has grown into a vital honor to boost Chinese-French literary and cultural exchanges during the past decade. This year, the committee received 46 applications, and the 11-member jury finally unveiled ten finalists on October 30.

The prize is named after Fu Lei (1908-1966), a famous translator and scholar who introduced a large number of French classical writers and their works to the Chinese readers through translation.