Full steam ahead for healthy food 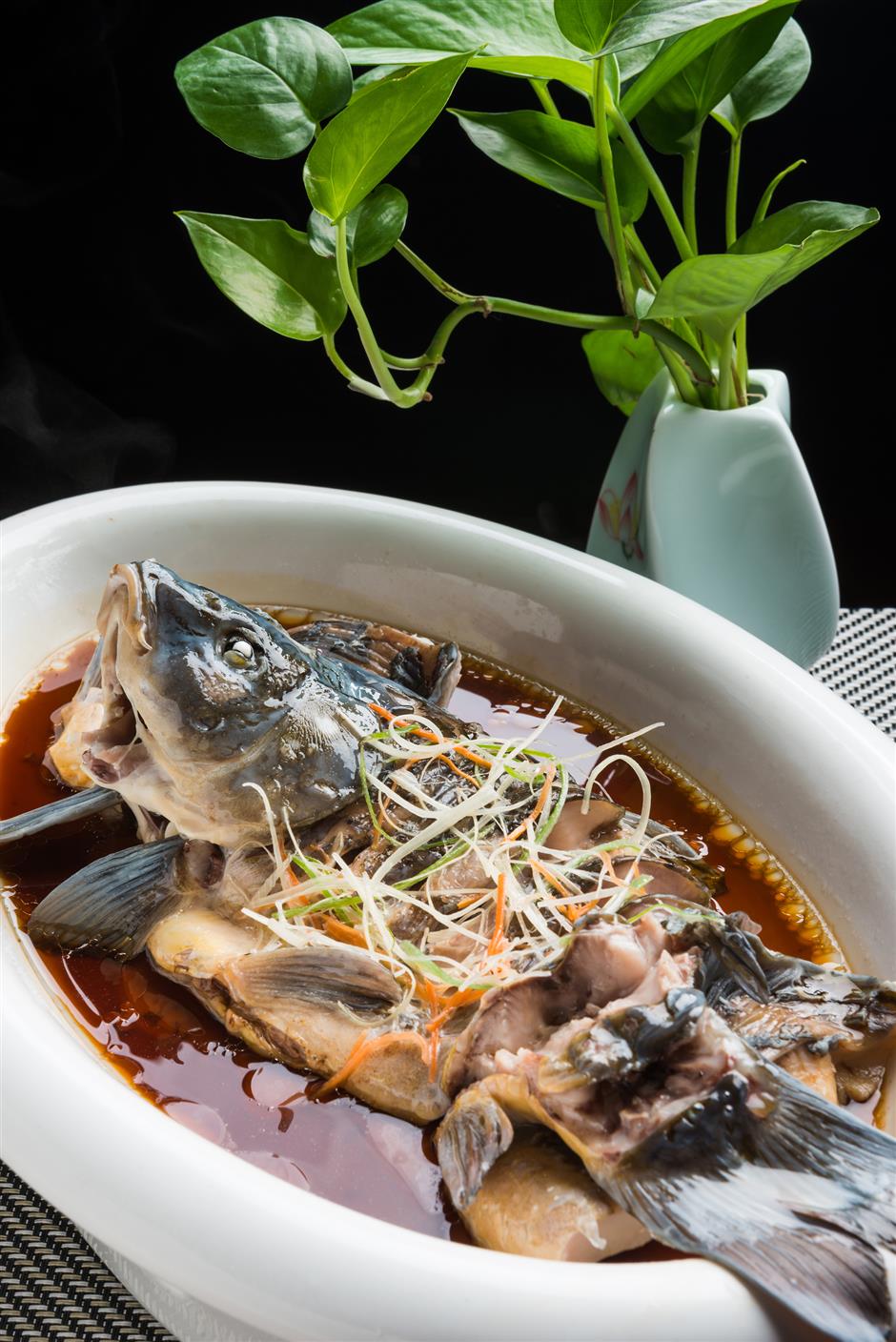 Around the world, people have been cooking food with steam for thousands of years. Delicious dishes can be made with minimum preparation and attention.

Unlike boiling or frying, which can result in the loss of juices and moisture, steaming food can best preserve the original, umami flavor as well as the nutrients.

In ancient China, steaming was a very common method of cooking meat. In the Yuan Dynasty (1271-1368) there was a wintertime favorite called zhanzhengyang, mutton steamed in a bowl.

Preparation was simple: Fresh mutton is first steamed with scallion, ginger, salt and water, and the bowl is covered and steamed until the meat turned slightly white. A sauce of yellow wine, vinegar and fermented soy bean paste was added, then it is steamed on low heat for two hours.

The mutton cooked in sealed containers could keep all the juices and flavors, the vinegar helped the meat to soften and yellow wine removed the mutton smell and taste.

Because the steam can cook food thoroughly and no turning or stirring is required during the process, the shape and integrity of delicate ingredients can be kept. 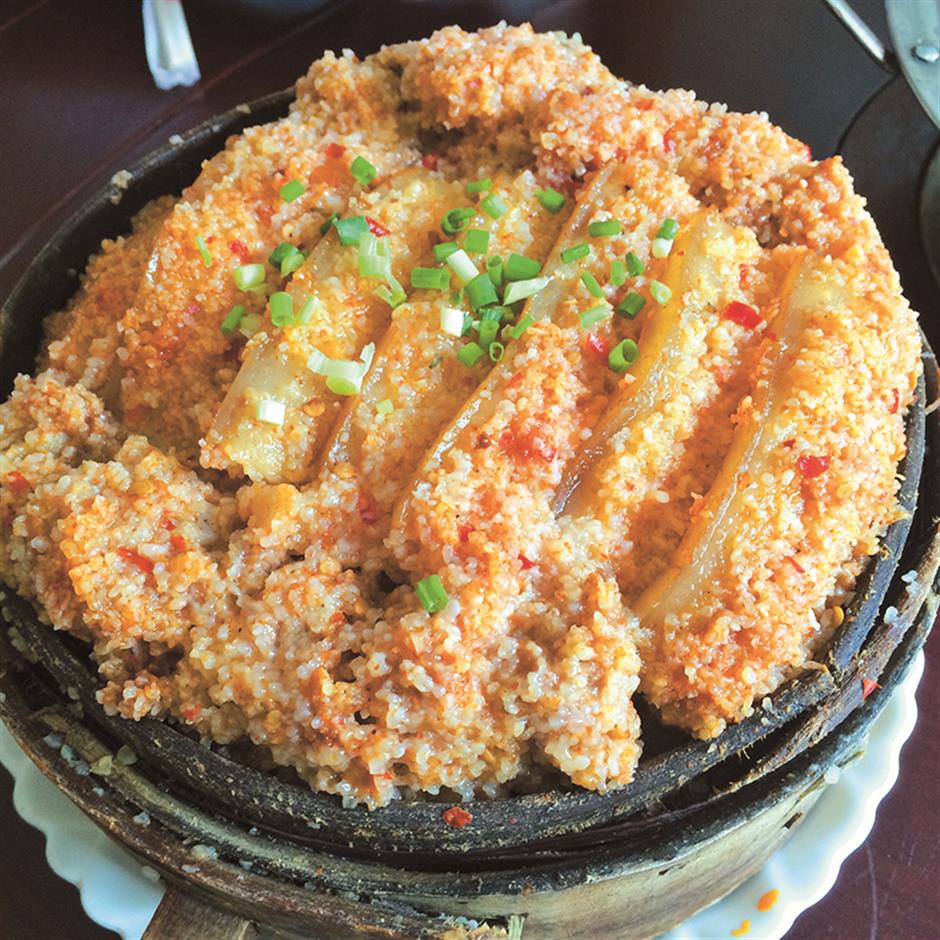 The technique of steaming food emphasizes two things, the quality of ingredients and timing.

Qingzheng, which translates into plain steaming, is a method that steams food directly, with or without advance preparation such as seasoning, brining or marinating. It’s regarded as a very healthy approach and fresh ingredients including vegetables, meats and seafood can all be steamed to make delicious dishes.

Fresh fish from the market can be steamed with some ginger and scallion, then add the seasoned soy sauce and splash a little bit of sizzling oil. The fish is very tender and flavorful, and steaming is a very convenient method that doesn’t require too much preparations.

A vegetarian favorite is steamed baby Chinese cabbage with vermicelli and garlic paste.

The sweet and juicy Chinese cabbage softens quickly when cooked with steam, and the vermicelli will soak up the delicious juice and garlic flavor.

A trick to make better qingzheng dishes is to bring the water to boil before placing the food inside the steamer. It’s easy to control the cooking time and avoid overcooking the fresh ingredients.

Cured meats are traditional delicacies in Hunan Province, and a signature dish of the local cuisine is steaming different kinds of cured meats, such as pork, chicken and fish, together on one plate.

Fenzheng, on the other hand, is a more unique way to steam food. The meats and vegetables are coated with a layer of rice flour, which not only seals in the delicious juices but also helps the ingredients stay soft and velvety in texture.

The rice flour used in fenzheng dishes is made by stir-frying the rice with star anise and peppercorns in a non-stick pan over a low heat. When the rice turns light yellow, everything is ground up in a food processor.

The meats are marinated with ginger, cooking wine and green onion in advance, then mixed with dark soy sauce, oyster sauce, sugar and salt.

The marinated meats are coated with the spiced rice flour, making sure they are evenly covered. Steam in a pressure cooker for 30 minutes and it’s ready to serve.

Regular wheat flour is also used in steamed dishes, such as coating thin shreds of carrot, white radish, sophora flowers and more with flour and steam to cook. They are usually served with garlic flavored dressing.

Pearl meatball is a dish that’s especially popular with children. The small meatballs made of pork or chicken are coated with glutinous rice which is soaked in water in advance, then simply steamed until fully cooked.

Kouzheng is a method that arranges sliced ingredients in a bowl according to certain order and then steamed to cook. When the bowl is flipped onto a plate, the content will still remain round shaped.

A classic dish is steamed pork belly with preserved vegetable, which is often served at family reunion dinners on Chinese New Year’s Eve.

The pork belly meat is first boiled in water with ginger and simple spices to remove excess blood and smell, the meat is then rubbed with dark soy sauce and lightly fried in a pan until the skin turns golden. The rehydrated preserved vegetable is sauteed with light soy sauce, salt and sugar.

Slice the pork belly meat and arrange neatly in a bowl with the skin side down, then layer the preserved vegetable on top and steam in a pressure cooker for around 30 minutes, tilt the bowl to filter out the excess juice, then cover the bowl with a plate and flip. The dish is best enjoyed with steamed rice.

Another popular dish is steamed pork belly with taro, where the thick slices of taro and meat are arranged alternatively.

You can also make small cups of soup in food steamers by placing all ingredients in bowls with lids on, which makes richer and more intense soups than boiling. 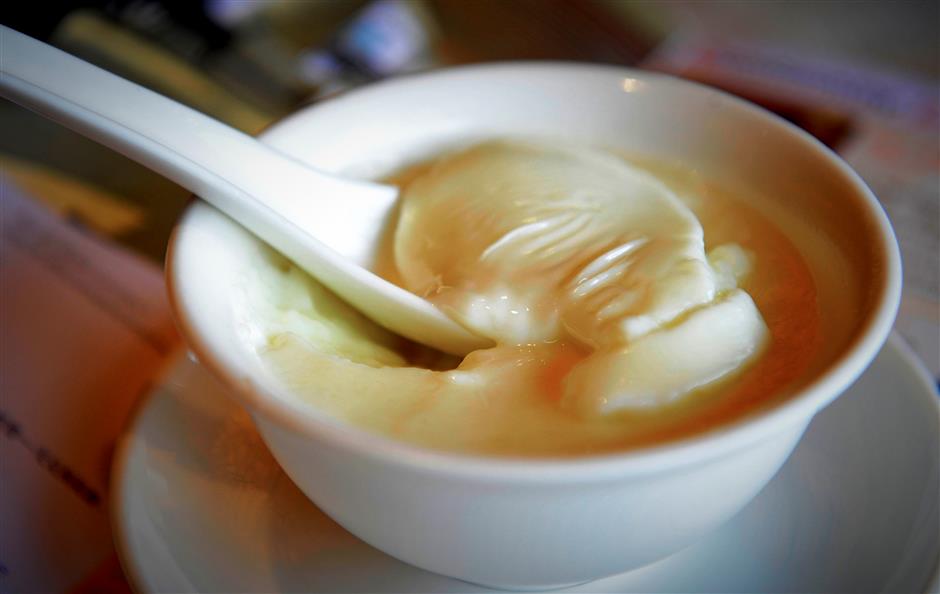