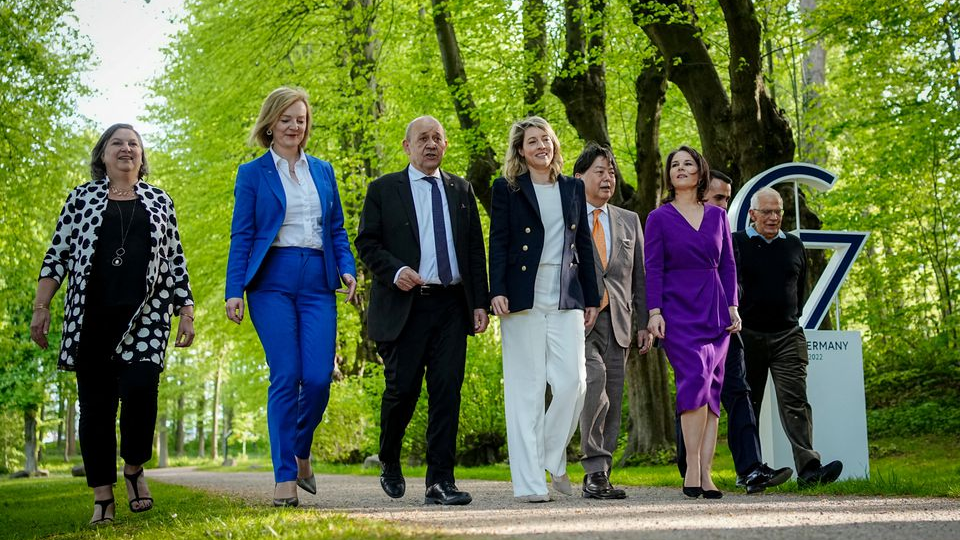 Foreign ministers from the G7 group backed giving more aid and weapons to Ukraine as they met on Friday in what Germany called a "powerful sign of unity" to deepen Russia's global isolation for its military operation.

The European Union's foreign policy chief Josep Borrell announced a further 500 million euros worth of military support that should be approved next week by EU members, and expressed confidence that the bloc will agree an embargo on Russian oil.

The annual meeting running until Saturday brings together top diplomats from Britain, Canada, Germany, France, Italy, Japan, the United States and the EU to a 400-year-old castle estate in the Baltic Sea resort of Weissenhaus.

It follows promises by G7 leaders last weekend to ban or phase out buying Russian oil.

The event, which the foreign ministers of Ukraine and Moldova attended, also spotlighted food security concerns and fears that the crisis in Ukraine could spill over into its neighbor Moldova.