Lady Gaga and Bradley Cooper have won the Grammy Award for best pop duo/group performance for the song "Shallow" from "A Star Is Born." 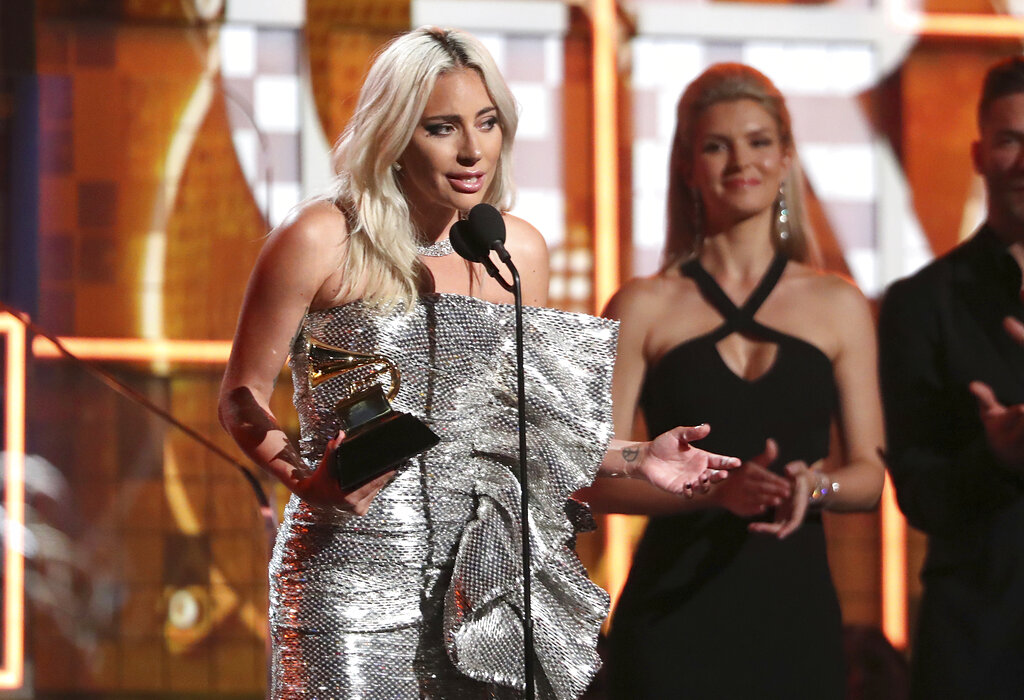 A tearful Gaga accepted the award Sunday night, thanking Cooper, who she noted was in England from the British film academy awards known as the BAFTAs.

It is Gaga's third Grammy win Sunday. In a pre-telecast ceremony, she was among the winners for best song written for visual media, which was also awarded to "Shallow." She also won best pop solo performance for "Joanne (Where Do You Think You're Going'?)"

The song is also nominated at Academy Awards, where "A Star Is Born" is competing for best picture and other honors. Gaga said Sunday, "I just wanted to say, if I don't get a chance to again, that I'm so proud to be a part of a movie that addresses mental health issues."

She said artists often suffer from mental health problems, and told the musicians in front of her that "If you're hurting, try to find that bravery to dive deep."

Childish Gambino's "This Is America" has won the Grammy Award for song of the year.

Donald Glover, whose alter ego is Childish Gambino, got the award Sunday night along with his fellow songwriter Ludwig Goransson and Young Thug, whose real name is Jeffery Lamar Williams.

Glover was at the Staples Center in Los Angeles to accept the award.