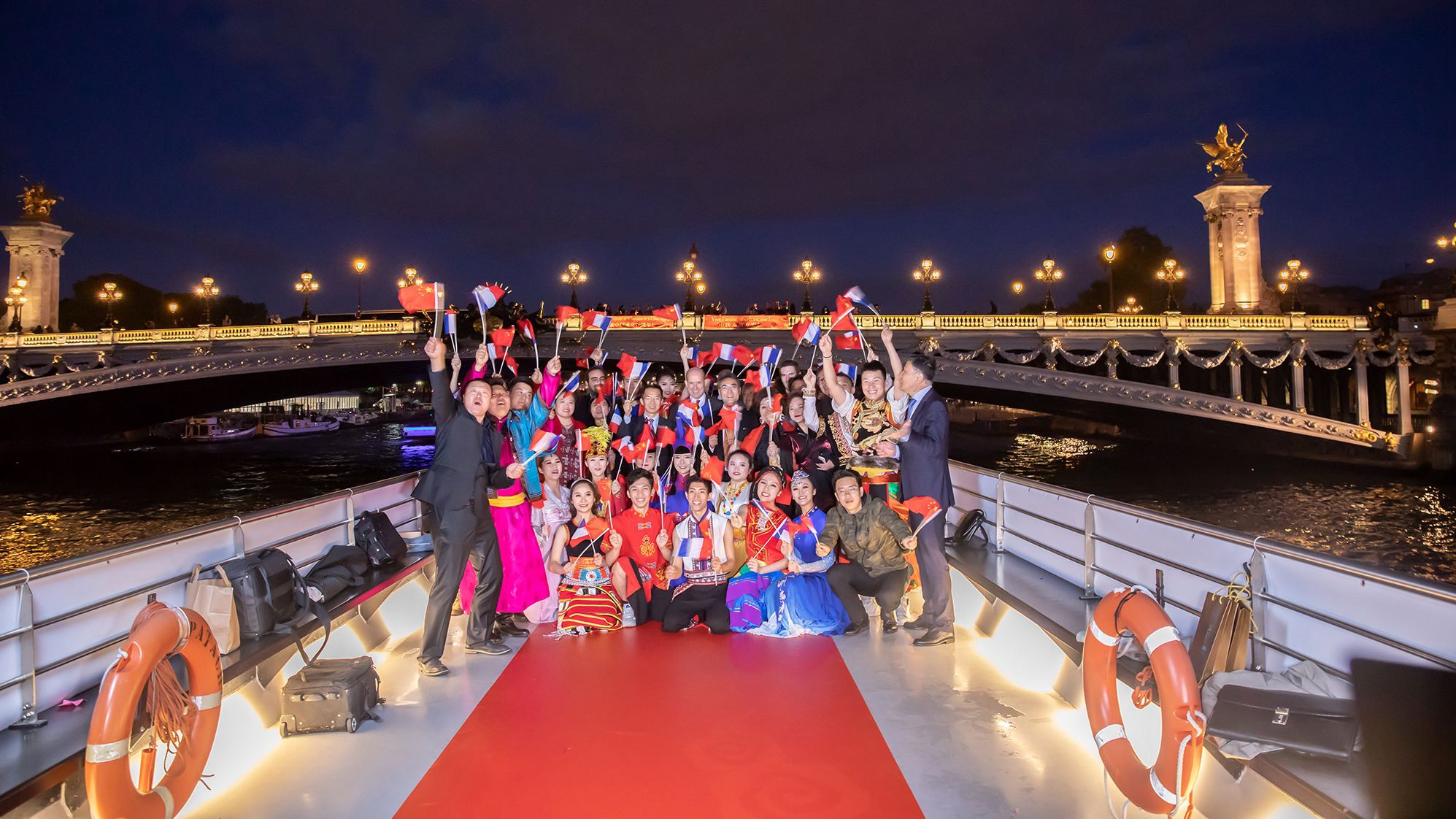 A gala was held on a cruise along the river of Seine on Friday, marking the 70th anniversary of the founding of the People's Republic of China (PRC).

The event was organized by the China Cultural Center in Paris, the first cultural center established in Europe, in cooperation with the the Paris branch of the Bank of China.

The event on the cruise comprised artistic performances, a photo exhibition, a fashion show for ethnic attire and Chinese cuisine, giving French citizens a better understanding of Chinese culture.

Chinese ambassador to France Lu Shaye, director of China Cultural Center in Paris Yan Zhenquan, and General Manager of Bank of China's Paris Branch He Liqin are among the guests attending the event.

There were also over 150 guests from the French government, cultural circles, as well as other international organizations and delegations in Paris.

Lu Shaye, while addressing the opening ceremony of the event, noted that this year marks the 55th anniversary of the establishment of diplomatic relationship between China and France. He said that under the strategic leadership of the two presidents, the bilateral ties between the two countries have been more promising than ever.

Yan Zhenquan said that it was the first time such event was jointly held by the China Cultural Center and the branch of Bank of China, and a "flowing stage" like this could entertain guests while offering them the chance to get to know China.

The gala also featured the diverse cultures of China's ethnic groups as well as the traditional artistic forms. With food and wine, delicate art styles and gorgeous outfits, it was an unforgettable Chinese evening for everyone.