CULTURE Galaxy win at Kansas City for 1st time since 2007

Galaxy win at Kansas City for 1st time since 2007

Zlatan Ibrahimovic scored his 10th goal of the season in the 86th minute and Los Angeles beat Sporting Kansas City 2-0 on Wednesday night for the Galaxy's first road victory in the series since 2007. 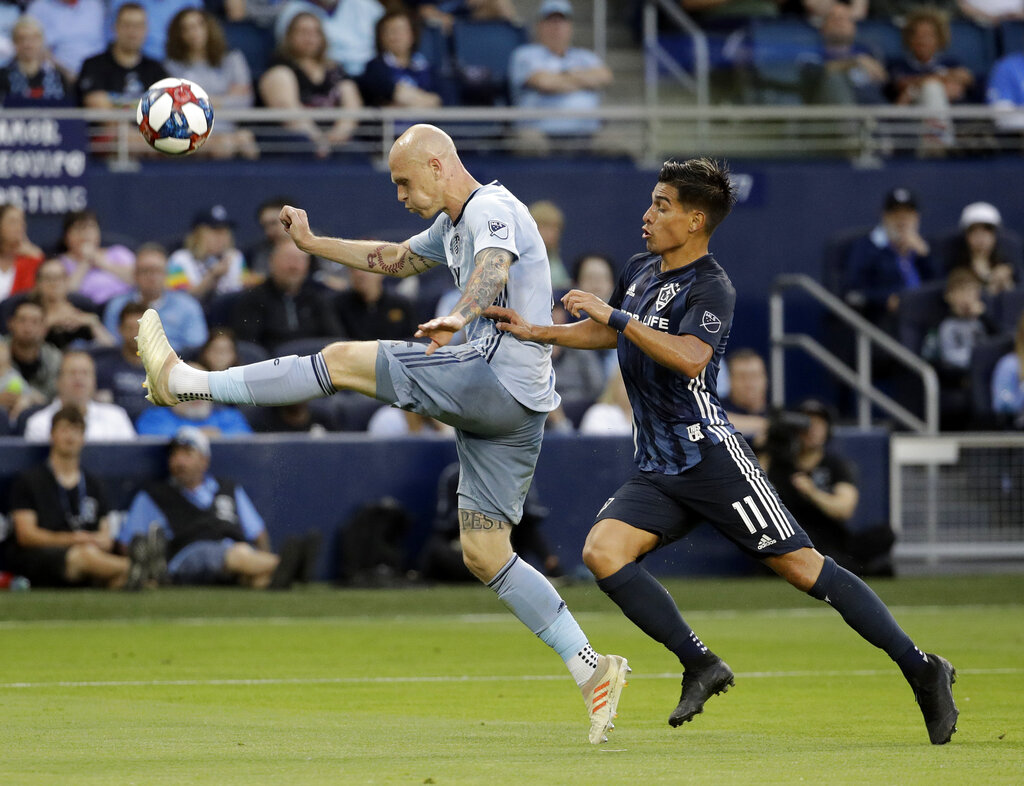 Favio Álvarez scored his first MLS goal in the 55th minute, heading in Ibrahimovic's header across the goal.

Ibrahimovic, in his first game back following a two-game suspension, chested Uriel Antuna's pass on a breakaway and sent it off the hands of goalkeeper Tim Melia for his first goal since May 4.

Sporting's best scoring chance came in the 62nd minute when Felipe Gutierrez's header of a corner kick hit the crossbar.