SHANGHAI, June 19 (Xinhua) -- Alan Taylor, director of "Game of Thrones," announced Tuesday at the ongoing Shanghai International Film Festival that his new film "Gold Mountain" would dig into American history and depict a piece of the story of early Chinese immigrants moving to America during the late 1850s Gold Rush. 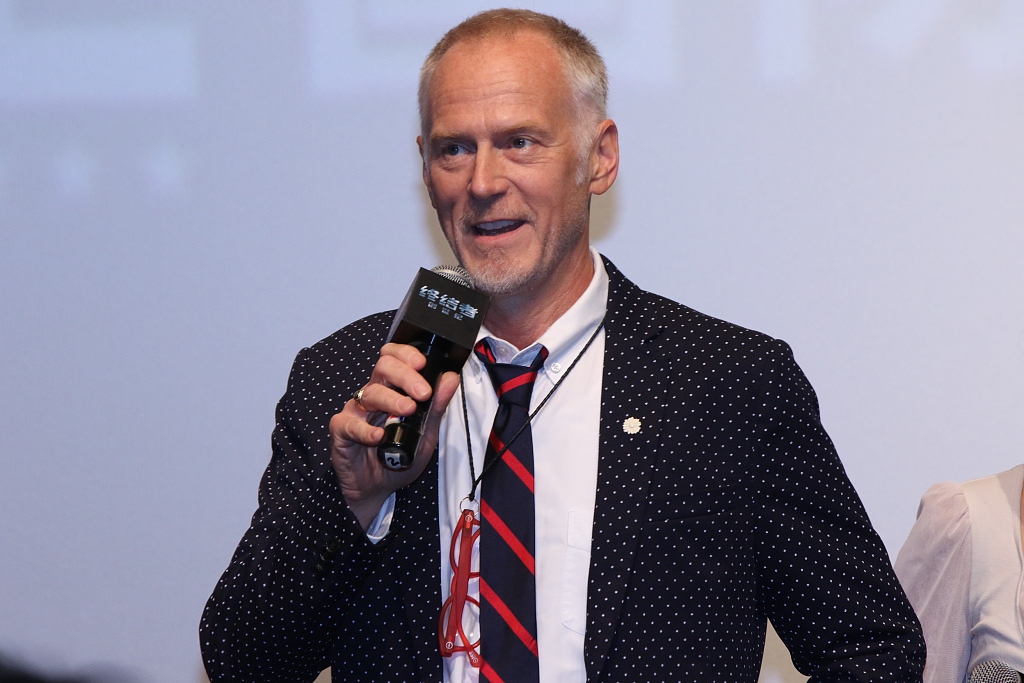 The new film is part of a gigantic film incubation project with Starlight Culture, a Hong Kong-listed Chinese film company. The film shooting is scheduled to start and finish in 2020.

"History is my real interest," Taylor told Xinhua, explaining how he found this "Chinese story." His wife is a Chinese-American and has always wanted to tell the story of the early Chinese immigrants' integration into the United States.

The film "Gold Mountain" will tell the story of a shrewd widow who helped smuggle an unruly Chinese girl into the US to enter into a fiercely violent world dominated by male chauvinism. Facing their life battle together, the two women finally establish a profound relationship.

"You will be surprised when you open the history books of the United States. The history of those early Chinese immigrants in the Gold Rush who helped build the Pacific Railway is almost completely wiped out," said Taylor. "But even for me, the subject is too heavy to handle. It was not until I found these two women, so subtle and so real, that I convinced myself to do this movie."

He said the film is both "very American" and "very Chinese." It depicts the typical American West, with early Chinese immigrants as the leading characters. In addition, Chinese Malaysian Hollywood movie star Michelle Yeoh will join this film as co-producer.

"History is grand. But fundamentally my film is only about human nature. It is not painful nor agonizing, but very uplifting when you see how people turn from 'tough' to 'soft' and make deep connections with their souls and hearts," he said.

As a television and film director, Taylor is known for work in TV shows such as "Game of Thrones." He has also directed films including "Thor: The Dark World" and "Terminator: Genisys."

Starlight has developed its business in Hollywood in recent years. It has signed up with Hollywood directors including Roland Emmerich, Alan Taylor, Robert Zemeckis, Gary Gary and Jonathan Liebesman, according to Peter Luo, CEO of Starlight.

Lately, the company has jointly invested in and produced Hollywood mainstream productions such as "Crazy Rich Asians."