Game of Thrones takes over Bellagio fountains in Las Vegas 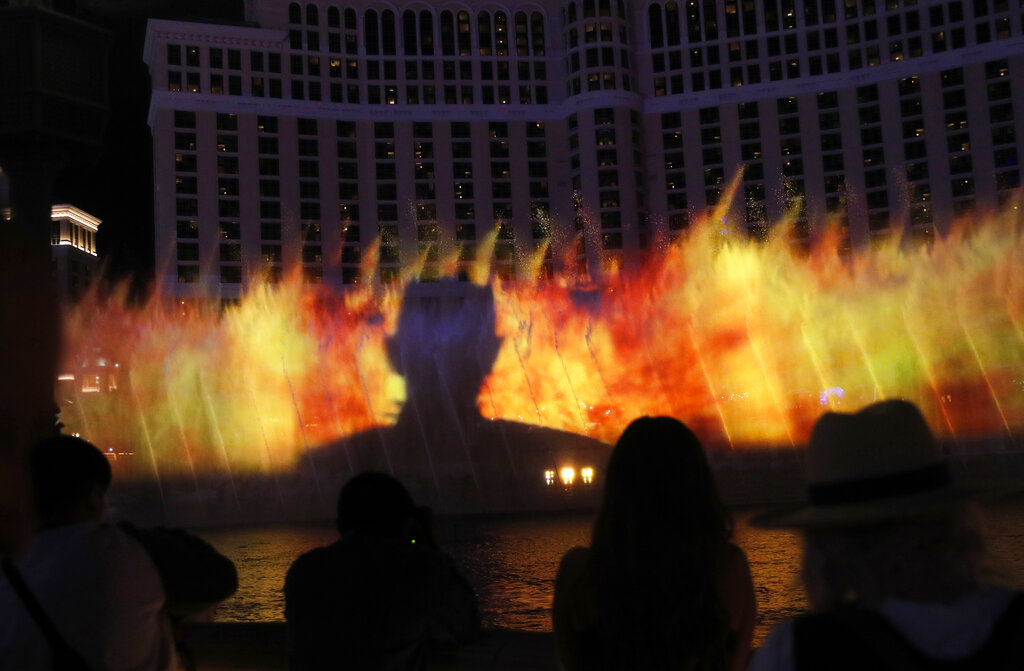 The Night King is projected during a "Game of Thrones"-themed show at the fountains at the Bellagio casino-resort, Sunday, March 31, 2019, in Las Vegas. (Photo: VCG)

Fire-breathing dragons held court over the world-famous fountains at the Bellagio casino-resort Sunday, as familiar elements from the TV phenomenon "Game of Thrones" were projected on the rising water. The jets danced to a score incorporating the recognizable theme song before one of the colossal beasts lit up the lake along the Las Vegas Strip in a blaze of pyrotechnics.

The 3½-minute spectacle that left a crowd of onlookers cheering debuted two weeks ahead of the scheduled premiere of the HBO fantasy series' final season.

The streaming water formed the show's iconic throne and crown. A towering 800-foot-long (244-meter) wall of water emerged from the lake.

The display, however, intentionally did not reveal any elements of the new season.

"We didn't just want to portray literally scenes from 'Game of Thrones' here, not like a teaser or a preview of season eight," said Mark Fuller, CEO of WET Design, the company that created the fountains and show. "We want to bring you the emotion."

At the heart of the fountain show is the giant wall of water. It represents the ice wall that defines the TV show, but also serves as a surface onto which the creators project falling snow, the series' logo and the silhouettes of the dragons breathing orange and blue flames.

The company worked with the series' composer Ramin Djawadi to create a special score that along with the dancing water aimed to capture the excitement of the TV hit.

The fountain show begins by dropping musical hints of the TV series, using Djawadi's "Winter is Here" from the seventh season. It comes to full force as the show's recognizable "Main Titles" theme song comes on. 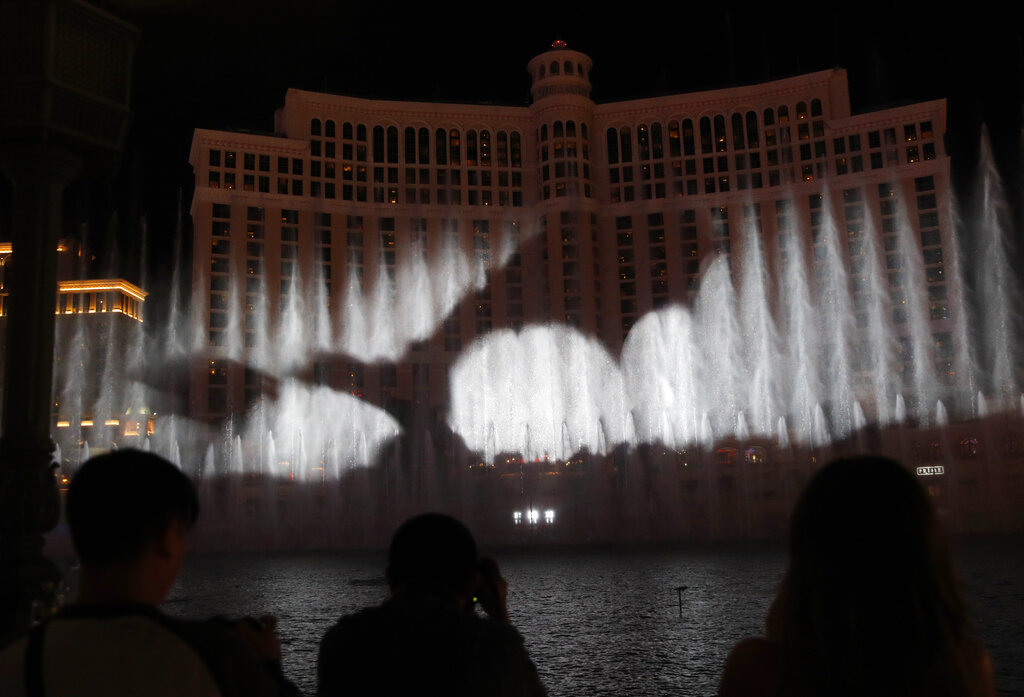 A dragon is projected during a "Game of Thrones"-themed show at the fountains at the Bellagio casino-resort, Sunday, March 31, 2019, in Las Vegas. (Photo: AP)

The spectacle ends as the shadow of the Night King appears one last time, and flames cover part of the roughly 9-acre (3.6-hectare) lake.

Oklahoma resident Josh Elliott stopped by the lake with his wife Sunday as part of their anniversary trip. They were amazed by what they saw.

"We have probably seen a hundred fountain shows, and this is by far the best," he said while waiting for the show to start for a second time. "Oh yeah, we are not moving."

Las Vegas resident Gaile Tiquia is re-watching all seasons ahead of the upcoming premiere. She said she came to the casino-resort after seeing a mention on social media about the special show and wondering if it would include any spoilers.

The "Game of Thrones" fountain show marks the first time the lake has been set ablaze, but artists and others have previously used the fountains for a variety of stunts. Billionaire Richard Branson rode a jet ski on the lake in 2010, and Drake performed one of his hits there during the 2017 Billboard Music Awards.

"The Bellagio fountain is iconic. It's known around the world, and so is 'Game of Thrones,'" Djawadi said. "So, I think putting them together and seeing the music choreographed to a fountain like that is quite the spectacle. I think it will get everybody really pumped for this final season coming up."

The special fountain show will run nightly until April 13, the day before the eighth season's premiere.