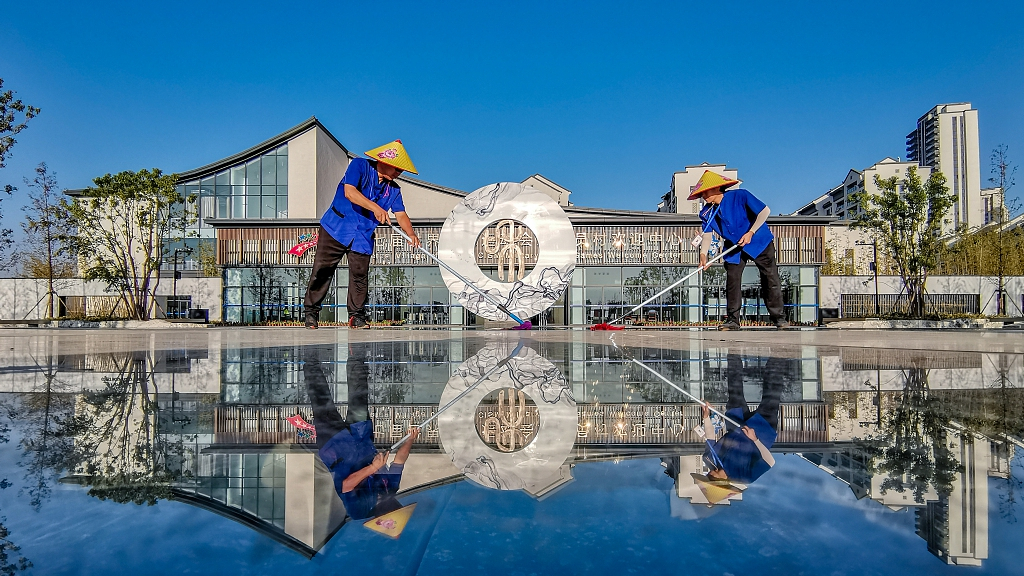 The athletes' village for the upcoming International Military Sports Council (CISM) Military World Games will be formally opened on Friday as the organizers made a detailed explanation on various aspects at a news conference on Wednesday.

Construction began on the village in March 2017. The complex went into operation in April after its completion.

It takes an average of 40 minutes by bus to reach each of the 34 stadiums from the village. The architecture of the village is a combination of both Chinese traditional style and modern technology, which also features some local culture and a theory of green environmental protection for facilities.

It will provide accommodations, transportation, and services for about 10,000 athletes and officials from over 100 delegations. In addition, a service team of approximately 510 people are ready to provide services all day.

The Games will officially begin on October 18.