A show with more than 10,000 dancers was staged July 25 at the opening ceremony of the Luqu Guozhuang Dance Performance in Luqu county, Gannan Tibet autonomous prefecture in Northwest China's Gansu province. 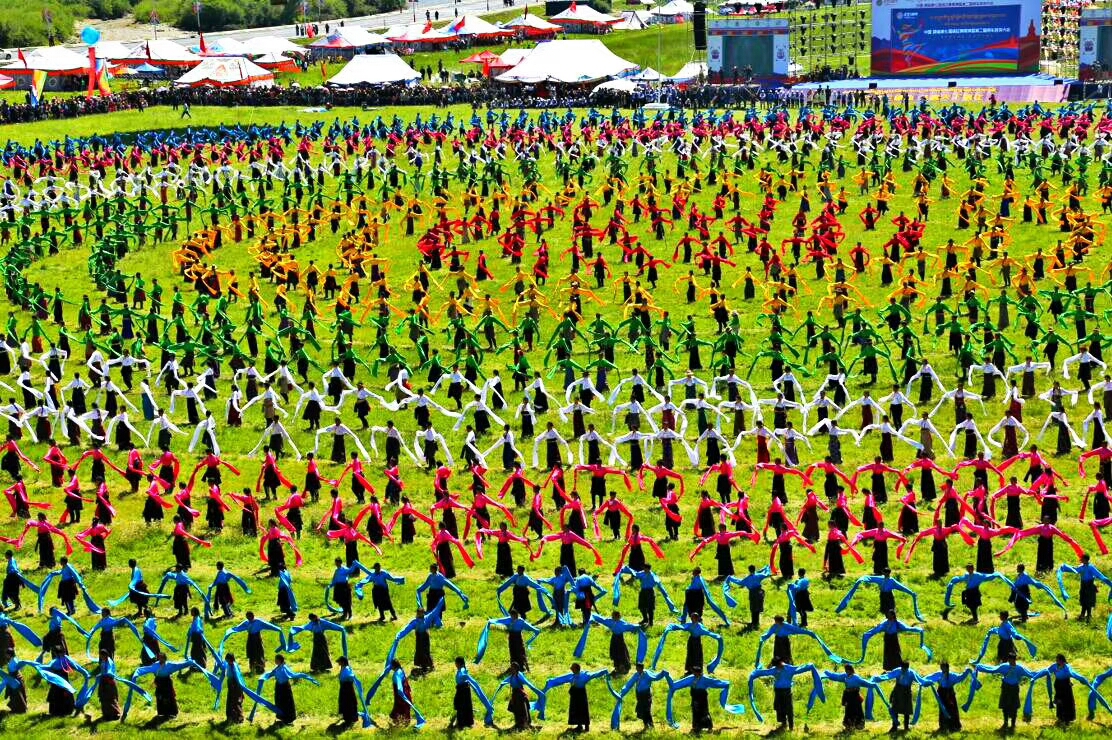 The dance, originating in the Guozhuang village of Qamdo Prefecture in Tibet autonomous region, is considered Tibet's most famous folk dance.

It dates back to ancient times when a group of travelling merchants set up a bonfire for cooking tea at night. They danced around the bonfire after dinner to drive away the fatigue brought by their travels. 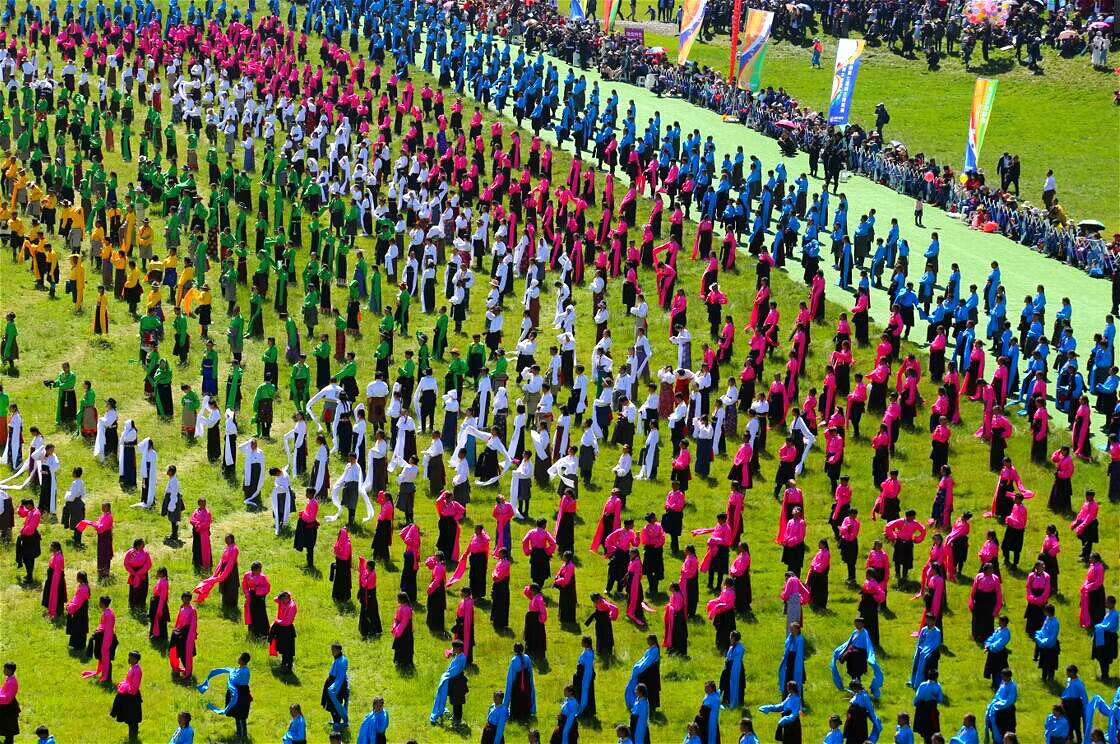 In modern times the dance is only performed at festivals, ceremonies and weddings. Male and female dancers stand in a circle hand-in-hand and sing songs without musical accompaniment.

The song begins slowly and gradually speeds up. Men begin the singing and women reply in an antiphonal style. They repeat the chanting until arriving at the same upbeat rhythm. 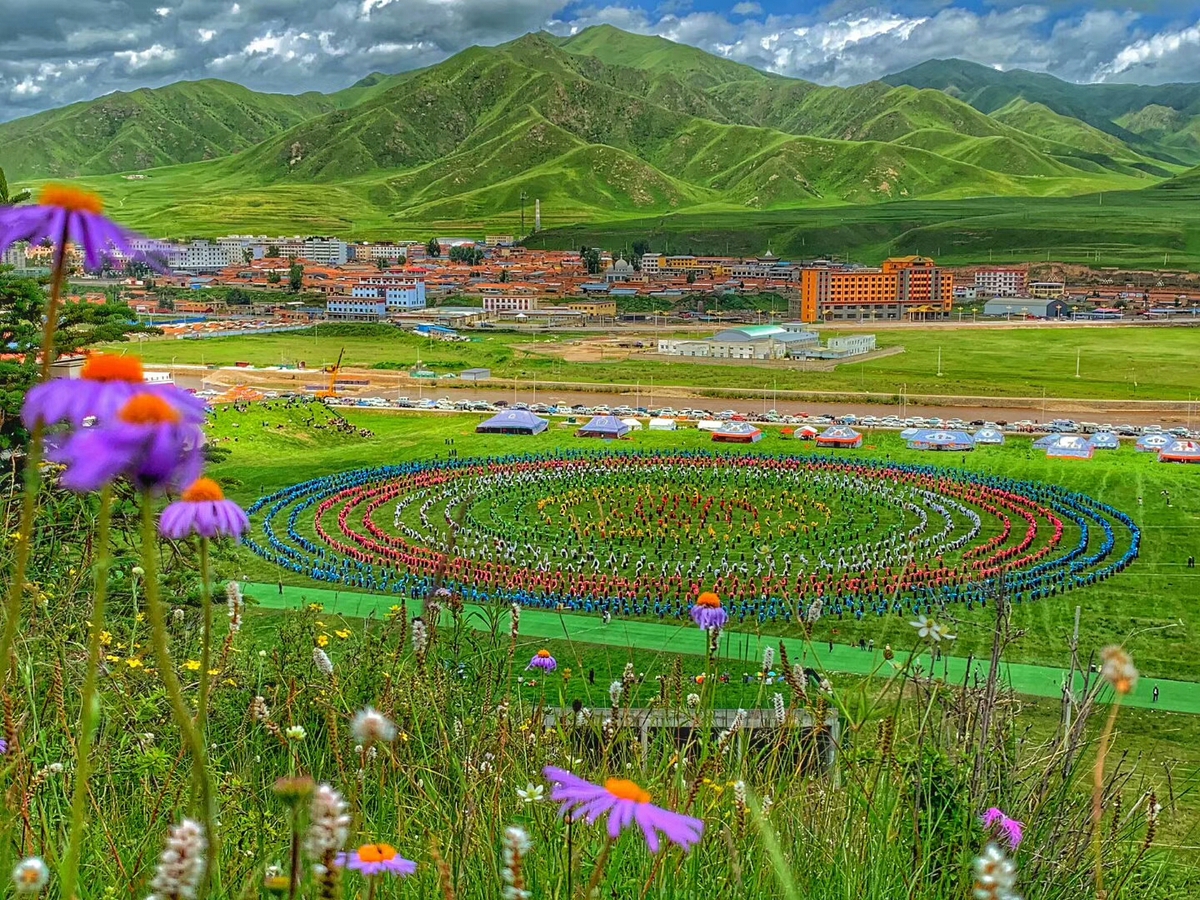 The three-day event includes a bonfire party, Tibetan costume display and other activities.