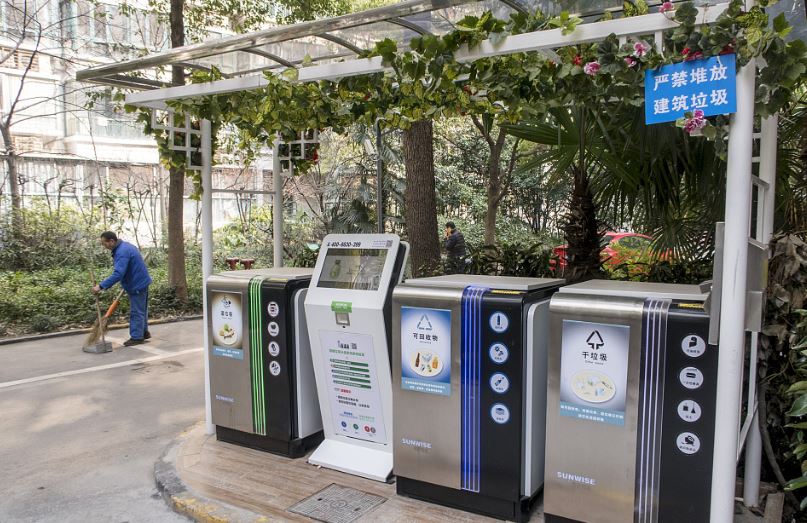 Smart garbage-sorting dustbins are seen at a community in Shanghai. (File photo: VCG)

BEIJING, July 24 (Xinhua) -- China's promotion of garbage sorting is a key measure in building a healthy living environment for the public, said the Chinese Center for Disease Control and Prevention Wednesday.

The mixture or inappropriate disposal of household garbage will cause a plethora of problems such as contamination of surface and underground water and soil, increasing risk of congenital defects, leukemia and other tumors in human beings, said Shi Xiaoming, a senior official with the center.

The government should set up more garbage sorting facilities and build an organic chain of garbage dumping, collection, transport and disposal, the official said.