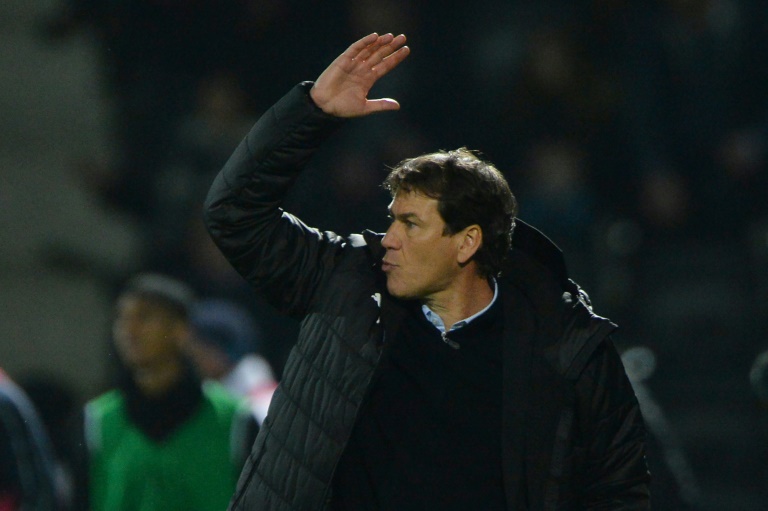 Marseille coach Rudi Garcia lashed out at his "unacceptable" side after they were embarrassingly dumped out of the French Cup 2-0 by fourth-tier Andrezieux on Sunday and plunged into crisis.

Goals from Bryan-Clovis Ngwabije in the 17th minute and Florian Milla seven minutes from the end humiliated Marseille, who last season reached the final of the Europa League, and leaves Garcia's off-form side winless in seven matches.

"This is unacceptable," Garcia said to reporters. "Well done to Andrezieux, who showed that they were a team that wanted it and fought together, something that we desperately lacked."

Defender Ngwabije, who hadn't scored a goal since the start of the season, told Eurosport that he had "dreamed" of making such a big impact.

Marseille had 28 shots on goal but couldn't finish their chances and were punished by their lowly opponents on what Garcia called a "very bad day".

Marseille's poor recent run of form has seen them knocked out of both domestic cup competitions and the Europa League, which they exited at the group stage last month after picking up just one point from six matches and finishing bottom of Group H.

They are also a whopping 20 points behind runaway Ligue 1 leaders Paris Saint-Germain, but more importantly are five away from Lyon and the final Champions League place.

Marseille join fellow Ligue 1 sides Montpellier, Nimes and Angers out of the cup.

Meanwhile Marseille's next opponents Monaco, who are locked in a relegation battle, struggled to a 1-0 win over fifth-tier Canet en Roussillon despite playing with a man extra for over 70 minutes.

Moussa Sylla's second-minute strike ensured just the fifth win in all competitions for Thierry Henry's side, who are second-from-bottom in Ligue 1.