Paul George had 36 points and eight rebounds, Russell Westbrook had a triple-double of 29 points, 14 assists and 10 rebounds and the Oklahoma City Thunder beat the Portland Trail Blazers 123-114 on Tuesday night. 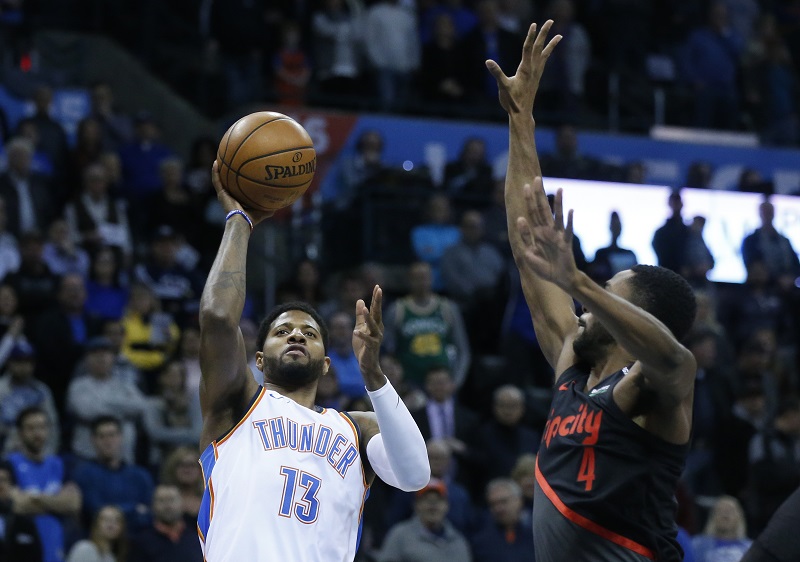 Steven Adams and Terrance Ferguson each added 14 points for Oklahoma City, which snapped a three-game losing streak to Portland at Chesapeake Energy Arena. After a stretch of losing five of six games, the Thunder have won three straight and moved back into third place in the fluid Western Conference standings.

Damian Lillard had 34 points and eight assists, and C.J. McCollum scored 31 for Portland, which had a three-game winning streak snapped. Jusuf Nurkick had 22 points and 15 rebounds.

Except for McCollum, who went 7 of 12 from 3-point range, the Trail Blazers struggled from behind the arc, going 10 for 36. Oklahoma City hit 11 of 23 3-point attempts.