CULTURE German, Dutch carnival parades called off due to weather

German, Dutch carnival parades called off due to weather 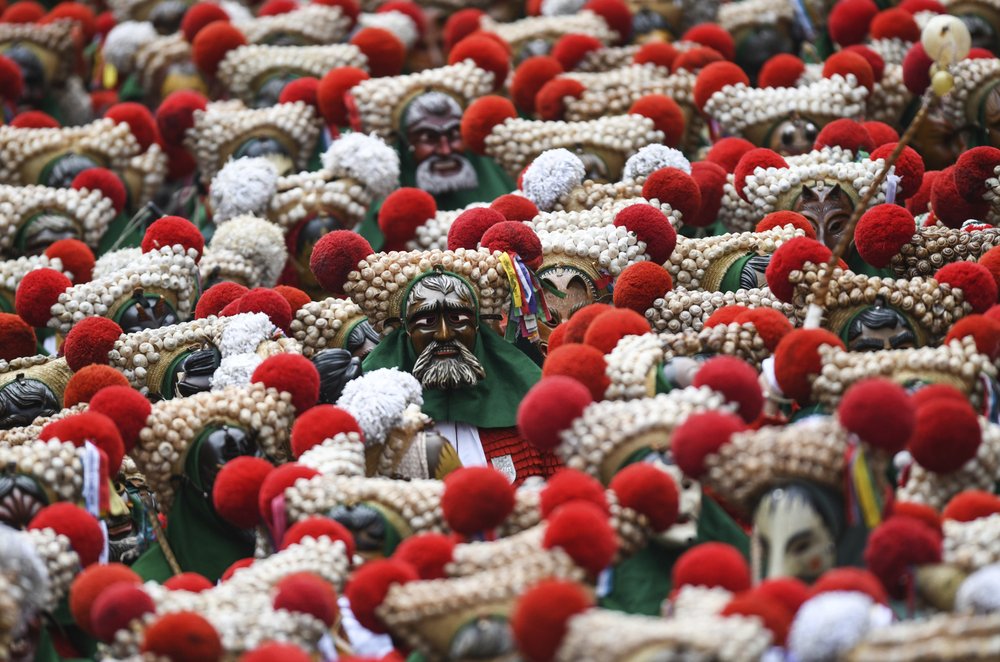 Hundreds of fools of the Elzacher Schuttig walk through the main street during the traditional Schuttig jump carnival parade in Elzach, Germany, Sunday, Feb 23, 2020. (Photo: AP)

In Cologne, the famous school and neighborhood parades were abandoned and in nearby Duesseldorf the carnival celebrations on the city’s glitzy Koenigsallee boulevard were also called off.

“In order to protect all participants along the route, the parades cannot take place,” Cologne city officials said in a statement.

Some of the parades’ participants were already on the way to the celebrations when parts of their costumes were blown away by the wind, the city statement said, explaining its last-minute decision to cancel the parades. About 8,000 people were supposed to participate in the Cologne parades, not including tens of thousands of spectators.

Other cities across Germany also called off their carnival activities because of the storm, including Emmerich, Essen and Salzkotten in the west as well as Heiligenstadt in Thuringia in central Germany. In Fulda in central Germany, the traditional children’s parade with around 1,000 participants and up to 30,000 spectators was also canceled.

In the Netherlands, the gusty winds also led to dozens of parade cancellations.

For Monday, meteorologists are predicting calmer weather conditions and most of the big street parades with dozens of huge floats, brass and samba bands, dancers and candy-throwing “carnivalists” and hundreds of thousands of visitors are expected to take place.