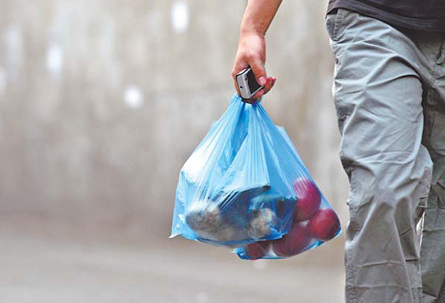 BERLIN, Sept. 6 (Xinhua) -- The German Ministry for Environment drafted a bill which would ban plastic bags at the tills, according to German media reports on Friday.

In Germany, each consumer used around 20 light plastic carrier bags per year, according to a draft by Environment Minister Svenja Schulze (SPD).

German shops should be prohibited from issuing such bags "which are intended to be filled with goods at the point of sale", according to the draft.

The draft bill said that businesses which violated the new regulation could face a fine of 100,000 euros (110,000 US dollars).

Schulze said that the goal was to "get out of the throwaway society and that overall, we use less plastic".

According to the draft, the planned ban would also include "bio-based and biodegradable plastic carrier bags".

Schulze had recently warned that "the alleged bio-plastic is unfortunately mostly a deceptive packaging".

Bio-plastics did not rot like real organic waste and "there is virtually no environmentally friendly bio-plastic on the market", according to Schulze.

The European Union will ban single-use plastic items such as straws, forks and knives, starting in 2021.