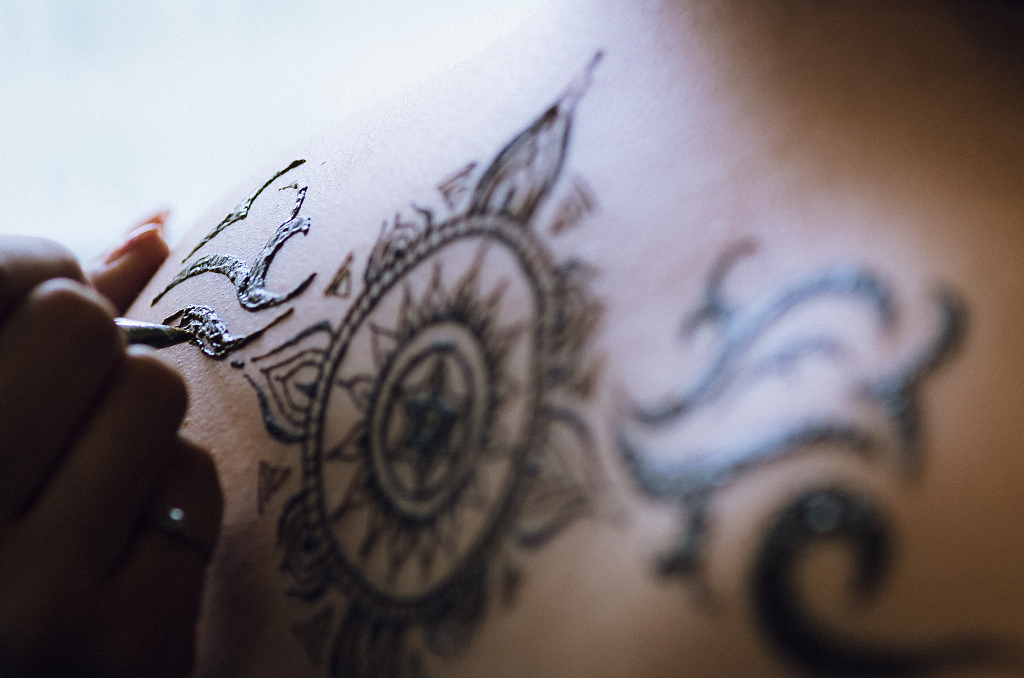 BERLIN, Aug. 27 (Xinhua) -- Not only tattoo colors but also the needles used could probably trigger allergic reactions, according to a new study published by researchers from the German Federal Institute for Risk Assessment (BfR) together with an international cooperation team on Tuesday.
Allergic reactions to tattoos and their ingredients were among "the most common side effects of tattoos", but the role of tattoo needles had not yet been investigated, the study authors noted.
Common tattoo needles "are made of an alloy that also contains about six to eight percent nickel and up to 20 percent chromium" which were both toxic and could cause allergies if they decomposed, according to the research team from the German risk assessment institute.
"During tattooing, chromium and nickel particles can detach from the needles and enter the lymph nodes via the blood," the study's lead author Ines Schreiver noted.
According to Schreiver, the new findings were a coincidence as "while investigating tattoo paints, we discovered metal particles. In detective detail work we found out that they originate from the abrasion of the needles".

The study found that the allergy-causing metals were released particularly frequently when titanium dioxide, which is contained in many tattoo colors such as green, red and blue, was used.

In an earlier study, the German Federal Institute for Risk Assessment researchers had already proven that toxic pigments from tattoo paints could accumulate in the lymph nodes for years.

Schreiver noted that her team had now found that particles of the needles used for tattooing could also find their way into the lymph nodes.

The extent to which the deposits damaged health and triggered allergies needed to be investigated in more detail, the German Federal Institute for Risk Assessment study noted.

Whether colored tattoos were more dangerous than black tattoos could also not be determined as "low-grade black color can also contain nickel in high concentrations," according to the researchers.