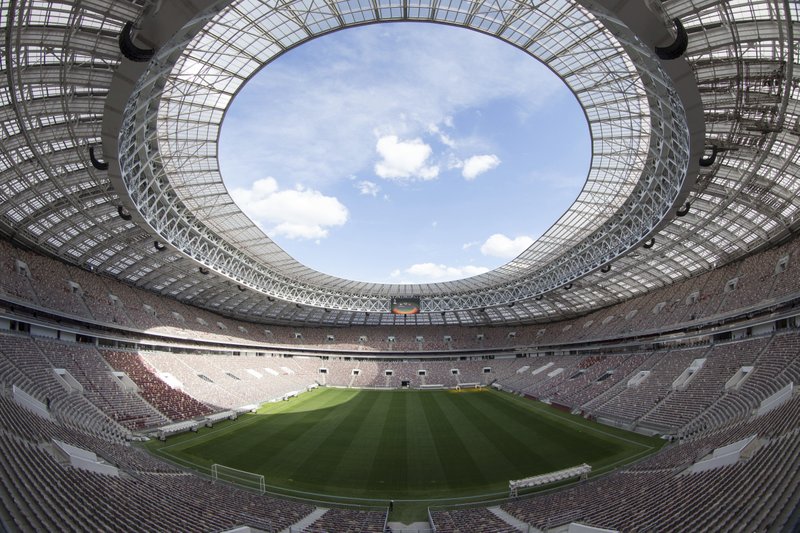 After raising the World Cup eight miles from Copacabana Beach four years ago, Germany hopes to lift the trophy four miles from the Kremlin on July 15 and become the first repeat champion in more than a half-century.

The soccer world gathers at 12 stadiums in 11 cities across the European portion of Russia starting Thursday for a 32-day, 64-match championship. Much has changed since Die Mannschaft humiliated the host Selecao 7-1 in the 2014 semifinals, then left Rio de Janeiro’s Maracana Stadium with a 1-0 extra-time win over Argentina on Mario Goetze’s 113th-minute goal.

The United States will be missing from soccer’s showcase after seven straight appearances. Four-time champion Italy will be watching from home for the first time since 1958, its streak of 14 consecutive appearances ended by a playoff loss to Sweden. The Netherlands, which lost the 2010 final to Spain, missed out after slumping to third in its qualifying group. And Chile failed to qualify after consecutive Copa America titles.

Iceland and Panama are World Cup debutantes, Peru is back for the first time since 1982, and Egypt ends an absence dating to 1990.

Germany and Brazil are the pretournament favorites, and France is fancied behind them with a young roster . England will try to end more than five decades of hurt since winning its only major title on home soil in 1966. Mexico will try to advance past the second round for the first time since 1986, but El Tri opens against Germany and its likely second-round opponent is Brazil.

There also has been a generational change within FIFA. Many of its leaders have moved from penthouses to prisons following indictments by the US Department of Justice that detailed kickbacks to be as much a part of soccer as free kicks.

Expect controversy on a regular basis.

FIFA’s Congress votes June 13 on the host of the 2026 tournament, and a joint bid by the US, Mexico and Canada is competing against Morocco — where most of the infrastructure would have to be built — on a ballot that includes a none-of-the-above option.

Following the drug-testing scandal that engulfed the 2014 Sochi Winter Olympics, FIFA’s medical committee chairman said no Russians will be involved in collection of urine and blood samples, which will be flown to Lausanne, Switzerland, for analysis.

VAR will be the acronym of the moment: video assistant referees in soccer-speak, instant replay for most viewers at home.

And as soon as the final whistle of the tournament is blown at Moscow’s Luzhniki Stadium, attention will shift to the 2022 World Cup in Qatar, moved to Nov. 21 through Dec. 18 because of summer desert heat and compressed to 28 days because it is in the middle of the European club season. Gianni Infantino, who succeeded the disgraced Sepp Blatter as FIFA president in 2016, has discussed increasing the World Cup field from 32 to 48 in 2022, four years ahead of schedule.

Some of the top storylines likely to dominate play in Russia:

Lionel Messi and Cristiano Ronaldo have split the last 10 FIFA Player of the Year awards, and this is likely their last chance to win a World Cup. Messi turns 31 on June 24, two days before Argentina finishes the first round against Nigeria, and has lost four finals with the national team. Ronaldo, 33, helped Portugal win the 2016 European Championship for its first major title.

Following the first use of goal-line technology at a World Cup in 2014, FIFA has expanded off-the-field decision-making. A video assistant ref can notify the referee by headset of the need to reverse a decision if there is a “clear error” involving goals and their buildups, penalty kicks, straight red cards, and mistaken identity for red and yellow cards.

Iceland at about 335,000 becomes the least-populous nation to appear in a World Cup, a mark that had been held since 2006 by Trinidad and Tobago at 1.3 million.

The World Cup final starts two hours after the beginning of the Wimbledon men’s singles final. If Spain and Rafa Nadal are playing for titles, and the tennis isn’t decided in straight sets, which event do fans watch?