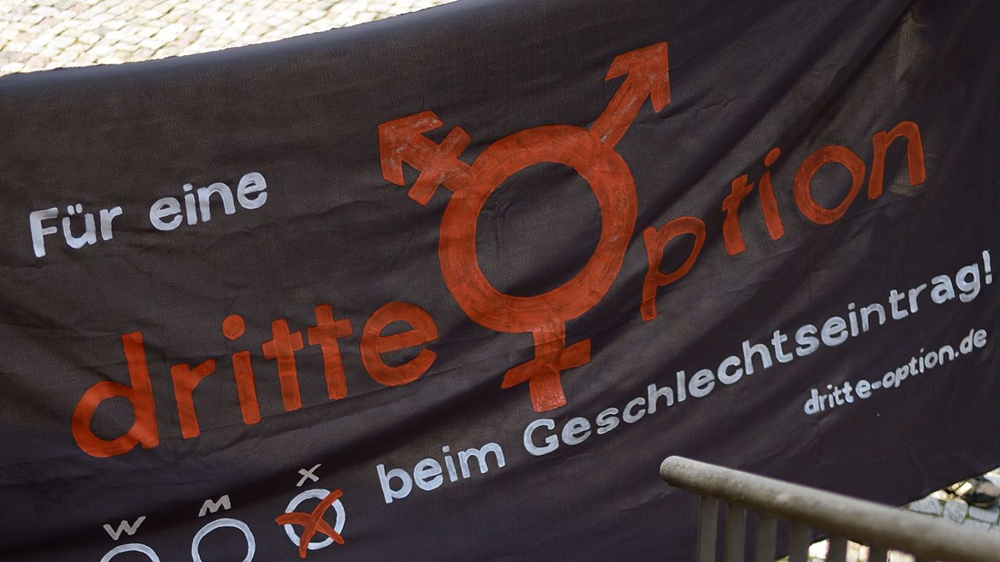 The German government on Wednesday approved a draft law allowing a third gender option on birth certificates for babies who are not distinctly male or female.

In a move described by the justice minister as "long overdue," Chancellor Angela Merkel's left-right coalition passed a bill permitting children born intersex to be registered as "diverse."

The measure follows a ruling by Germany's top tribunal last November that current regulations on civil status are discriminatory against intersex people, noting that the sexual identity of an individual is protected as a basic right.

Germany has since 2013 allowed babies born with characteristics of both sexes to leave the gender options of male and female blank.

Intersex is a broad term encompassing people who have sex traits that do not entirely fit with a typical binary notion of male and female.

"No one should be discriminated against on the basis of their sexual identity," she said, adding that the new category would give intersex people a greater sense of "dignity and positive identity."

The law also prohibited surgical procedures on intersex babies so they can themselves choose their gender later in life.