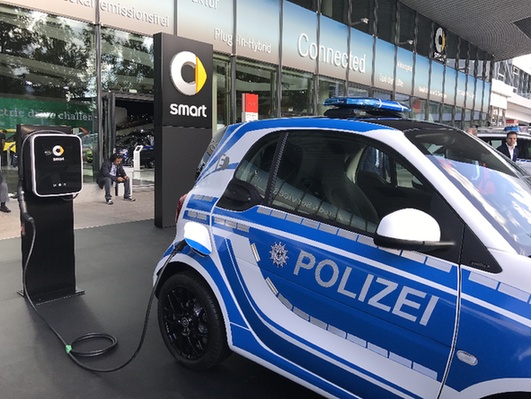 Greenhouse gas (GHG) emission in Germany decreased by 6.3 percent in 2019 compared to the previous year to around 805 million tons, the German environment ministry (BMU) announced on Monday.

With the exception of the global crisis year 2009, the reduction in 2019 was the largest annual decline since 1990, according to preliminary estimates by the German Environment Agency (UBA).

Germany's energy industry had made "by far the largest contribution" to the reduction of almost 51 million tons of CO2, 16.7 percent less than in 2018, according to the ministry. The use of less emission-intensive gas instead of coal-fired power plants had been a "significant factor".

The main reasons had been the low market prices of natural gas and the "successful reform" of the European emissions trading system, which had led to higher CO2 prices, according to BMU.

In 2019, hard coal-fired power plants with a total capacity of 3.5 gigawatts had been shut down in Germany.

Another "significant driver" of the emission reduction was the increased contribution of renewable energies to electricity production in Germany. However, this development was not "primarily due to the construction of new plants, but to particularly windy and sunny weather", BMU noted.

The expansion of wind and solar energy had to continue "urgently", stressed Schulze. "Because electricity from wind and sun is the basis for successful climate protection."

Emissions from buildings in Germany on the other hand went up by 5 million tons. According to BMU, this was due to not only the low price of heating oil, but also because 2019 had been somewhat cooler in many parts of Germany than the previous year.

GHG emissions from transport in Germany were also at a "slightly higher level" than in the previous year. Although more fuel-efficient vehicles were on the roads, the total number of vehicles had increased at the same time "so that more petrol and diesel was used overall", BMU noted.

"Germany can achieve its climate targets", stressed Dirk Messner, president of the German Environment Agency, adding that Germany could achieve even higher emissions reductions if all opportunities in sectors would be exploited. Enditem