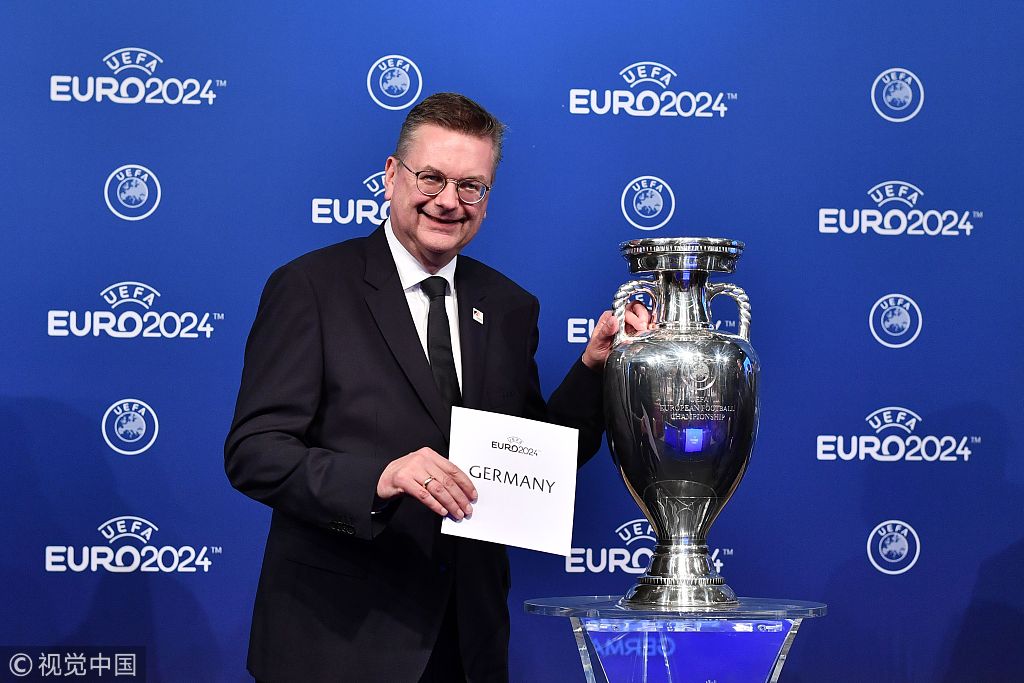 Germany on Thursday won the race the host the 2024 European Championship as UEFA backed a bid seen as safer than the rival Turkish proposal.

Top photo: German Football Association (DFB) president Reinhard Grindel poses with the UEFA Euro trophy after it was announced that Germany was elected to host the Euro 2024 fooball tournament during a ceremony at the headquarters of the European football's governing body in Nyon on September 27, 2018. (Photo: VCG)