Get fresh with steamed buns: when buns replaced human heads

Fluffy, soft and fulfilling, the steamed bun known as mo or mantou has been a Chinese staple for thousands of years.

The plain bun made with wheat flour is easy to digest and can be paired with numerous dishes, especially salty sides such as pickles and fermented tofu. Fresh steamed buns are hot to handle, but have the best taste and texture.

Because steamed buns share some of the same traits as bread, some restaurants replace the burger bun with a steamed bun for an Eastern and Western cuisine fusion, and the sandwich with denser texture and lighter taste can also be called a manwich.

All the leavened buns

There’s an ancient tale of how the steamed bun was created. It’s said that during the Three Kingdoms Period (AD 220-280), Zhuge Liang (AD 181-234), a chancellor of the Shu Kingdom, invented it to replace the human heads “barbarians” used to worship gods. Barbarians is a nickname northerners used to refer to those living in the southern parts of China which northerners considered uninhabitable for the humid and sultry climate. The name mantou originally meant barbarian’s head.

Zhuge won the battle against the southern barbarians, and on his way back, he and his army had to cross the Lu River with stormy and strong waves. Locals informed him that using human heads as a sacrifice was the way to cross the river safely.

The chancellor couldn’t kill innocent people, so he ordered soldiers to kill some animals and stuffed the meat into flour dough shaped like a head and steamed them, then sacrificed them as fake heads to fool the river god.

Plain steamed buns are easy to make and can be prepared in large batches, stored in the freezer and reheated when needed. 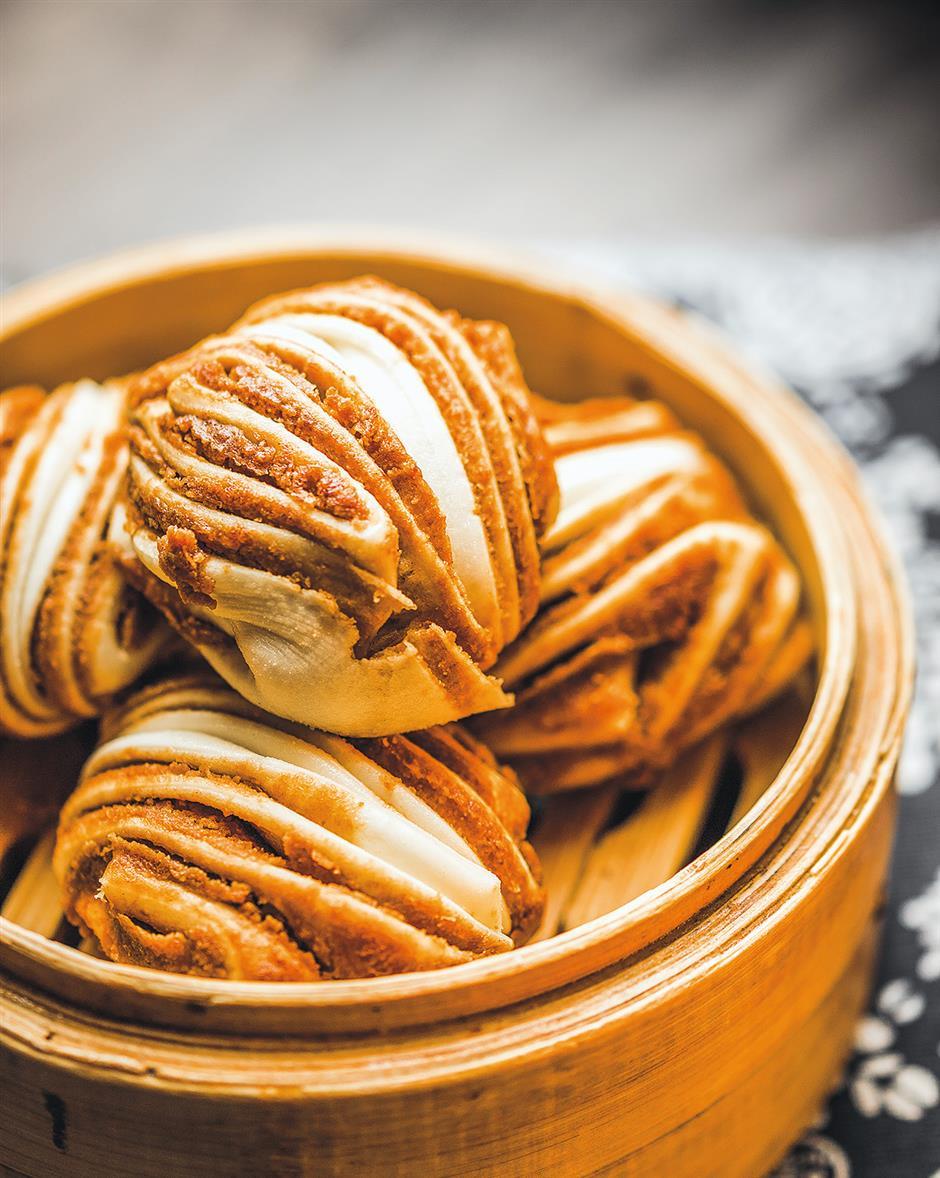 Steamed bun is an iconic Chinese staple with thousands of years of history.

The traditional northern-style steamed bun uses only three ingredients: all-purpose flour, warm water and yeast. The water and yeast are added into the flour to form an easy dough, which is then leavened in the fridge or at room temperature until it more than doubles in size.

Dried flour is added into the soft and sticky dough gradually until it’s smooth and firm, then the dough is separated into smaller pieces that are rolled to form perfect round balls.

To boost the flavor, some people substitute some of the water with milk. Adding sodium carbonate to the dough after leavening is a trick to neutralize the sourness of the yeast.

Steaming the bun requires placing the bun in the water while it is still cold. After the steam is formed, turn the heat to low and medium and steam for around 25 minutes (with around eight buns). The lid can be covered with a piece of clean cloth to prevent the vapor from falling down to the surface of the buns, leaving soaked dents.

Qiangmian steamed bun is a traditional method that rolls some dried flour into the leavened dough to absorb some of the moisture, so that the bun’s texture has a better chew.

Huajuan is an elevated version of steamed bun. Instead of forming a smooth ball, the dough is separated into several pieces and twisted to create the bun. With different layers, huajuan can have different flavors.

Sweet huajuan can be snail-shaped with one layer of plain wheat flour and another of cereal grains with a color like cornflour. The bun usually has very gentle and natural sweet flavor as no excess sugar is added into the dough.

For savory huajuan, scallion oil and pepper salt are two of the most popular flavors. The dough is first rolled into a thin, round sheet, then a generous amount of condiment is spread evenly. The sheet of dough is then folded several times from one end to another before equal segments are cut to form same-sized dough pieces. 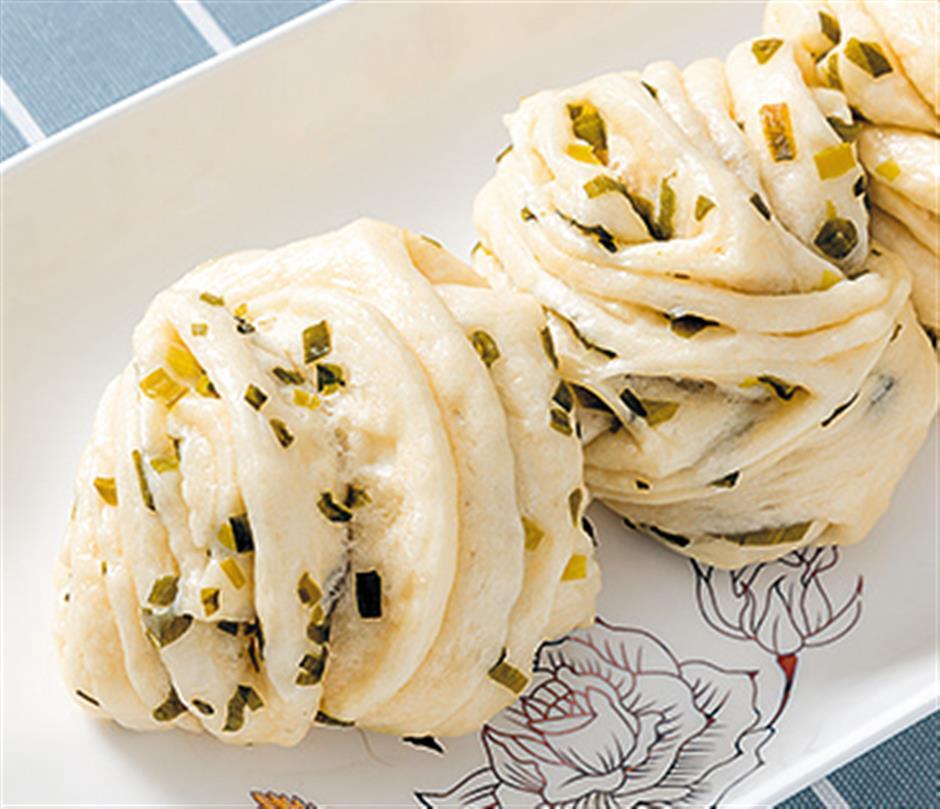 Place one chopstick in the middle of the bun and press hard until the layers curl up nicely. Take each end of the piece and fold slightly down to make it rounder.

Huajuan can bloom like a flower after steaming, and the thin layer of seasoning can greatly elevate the flavor.

Yinsijuan, the silver shred bun, is a traditional snack in Beijing and Tianjin. It’s a long-shaped bun with a unique flour dough filling that looks like thin noodles.

One of the best ways to cook and eat leftover steamed buns is to cut them into thick slices, deep-fry in oil and season with salt. The calorie bomb is extra crispy on the outside and soft on the inside, a perfect staple to serve with congee and pickles. 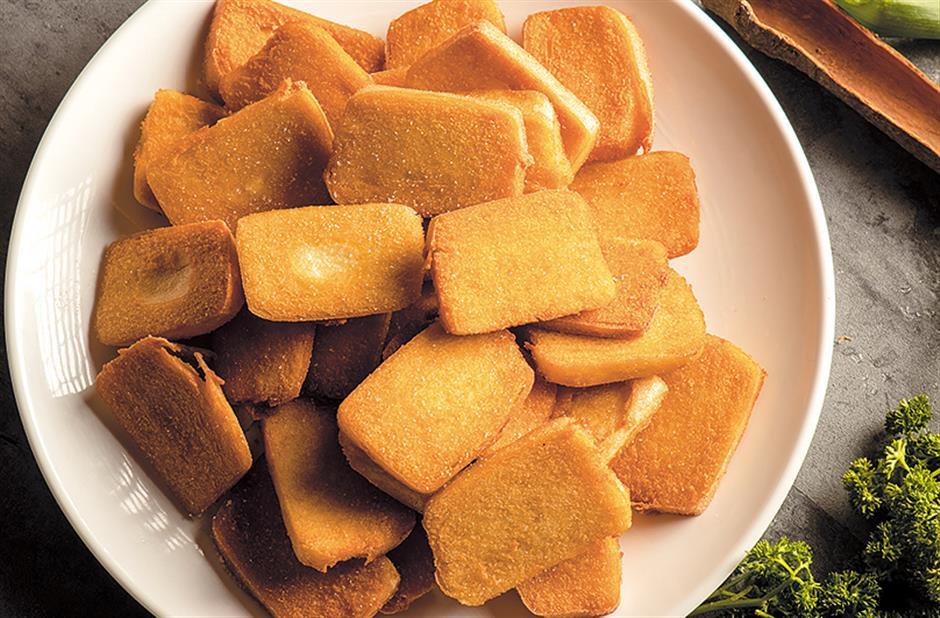 A steamed bun is a general concept, so there are infinite ways to customize the staple to one’s liking, like twisting and shaping the dough in different ways, adding extra sweet or salty seasonings to boast flavor, or even mix in different colors.

The small, extra soft steamed buns shaped like clamshells are usually served with rich, sumptuous dishes as the “bread” to sandwich the soft meats.

For the very talented steamed bun experts, making steamed buns with various figures is an art. 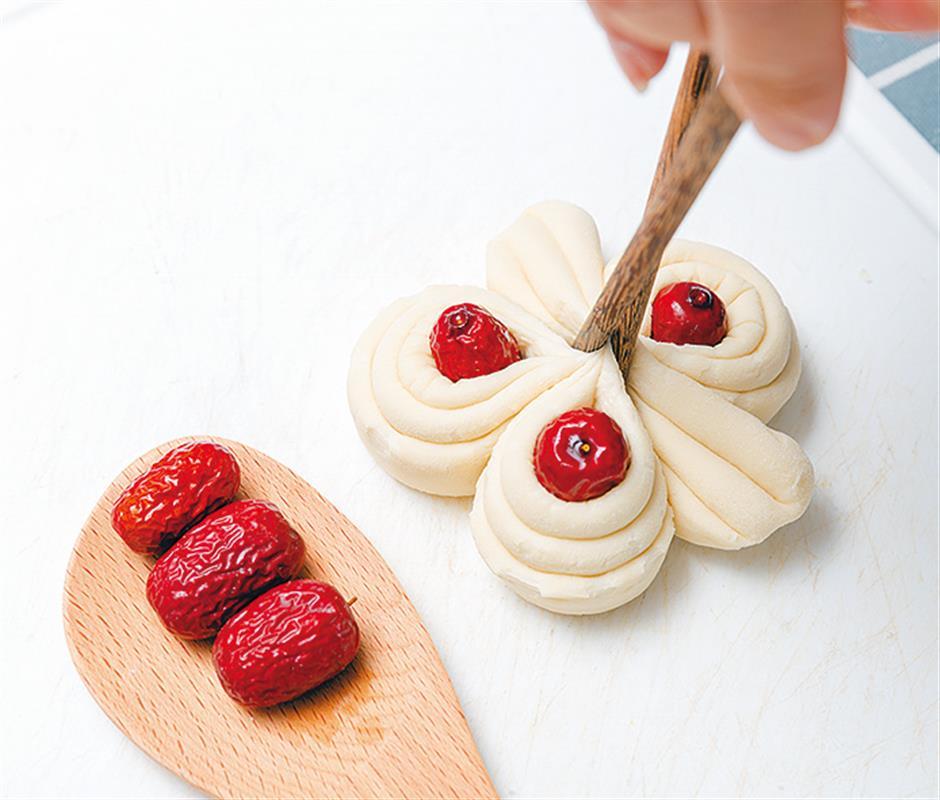 Traditional figure buns take simple shapes of flora and fauna, like the jujube flower bun which stuffs a whole jujube in each petal, the butterfly bun with wings and red beans as decoration, or hedgehog bun created by cutting small spines and shaping a lively head.

Today, figure buns are becoming much more vivid and life-like. Natural food colorings such as spinach, pumpkin and beetroot juices can make the flowers look more real, and various cartoon characters are also being featured in their design.

Figure buns can hold shape and color very well after steaming, and are often made in batches for festive celebrations.

Making figure buns is a great game to engage children, who can play with the dough like clay and get to enjoy the finished piece.

In Shaanxi Province, huamo is a figure bun tradition that’s recognized as intangible cultural heritage. It’s a grand version of a figure bun and incorporates much more complicated techniques of dough sculpting.

Huamo usually has a solid base of steamed bun, which can have flavorful fillings like jujube to boost the flavor. The upper part of huamo is for improvisation, which can be several layers of different figures with vibrant food coloring to complete the presentation. 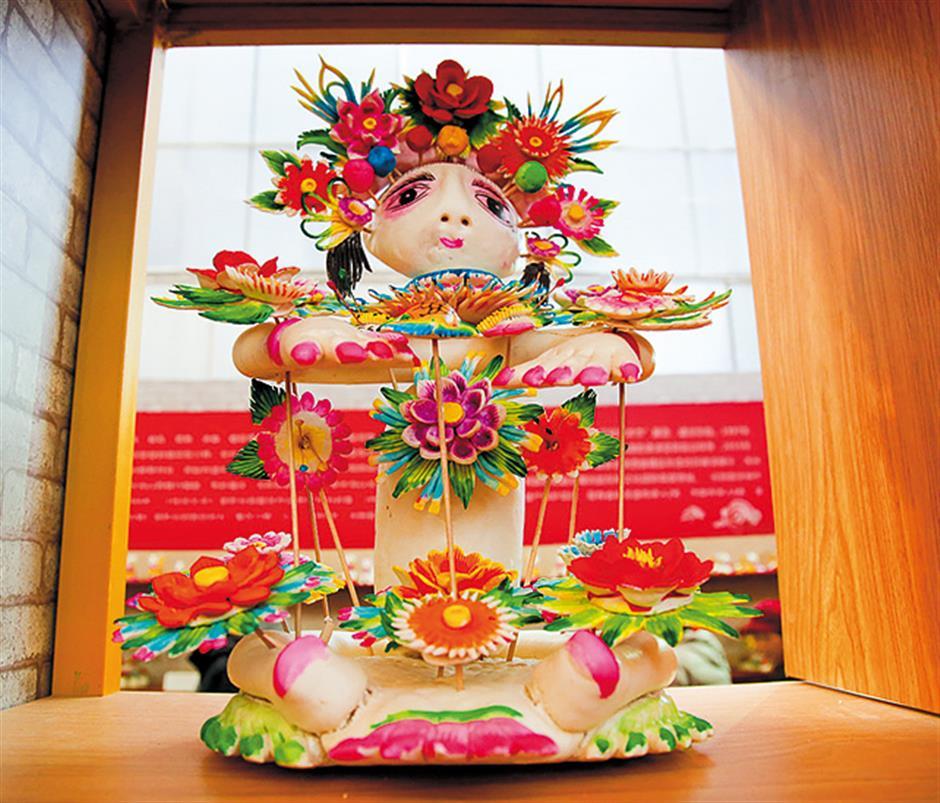 The techniques of making huamo involve cutting, rolling, pinching, twisting, pressing and more, though the tools are common, scissors, knives and even combs.

Different designs of huamo are made for various festivals, celebrations and rituals.

Steamed buns can be made with all kinds of cereal grains and have different tastes and textures, as well as a higher amount of fiber. Sweet fillings such as jujube or red bean paste are added to balance the rough texture.