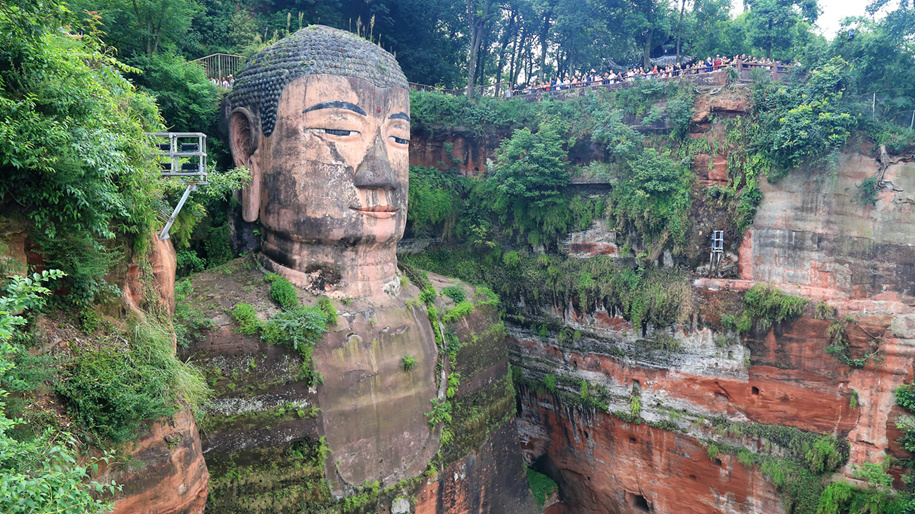 The giant Buddha in southwest China's Sichuan Province will undergo a four-month examination as part of the research for its repair plan.

The statue, 71 meters high and believed to be the world's largest Buddha, sits outside the city of Leshan. It has cracks and damage on its chest and abdomen, according to the management committee of Leshan Buddha scenic area.

During the examination, which will start on Oct. 8, the main body of the statue will be partially or completely covered.

The examination will be overseen by dozens of cultural relic experts, involving the use of cutting-edge technology such as 3D laser scanning, infrared thermal imaging and a drone aerial survey.

The Buddha statue, carved into a cliff in Leshan Mountain and overlooking three converging rivers, was built over a 90-year period starting in the year 713, during the Tang Dynasty (618-907).

In 2001, a project was conducted to clean the body, cement rock structure, and mend cracks and install drainage pipes, at a cost of 250 million yuan (about $36.87 million).

In 2007, the Buddha received another facelift to repair damage caused by weathering and acid rain.