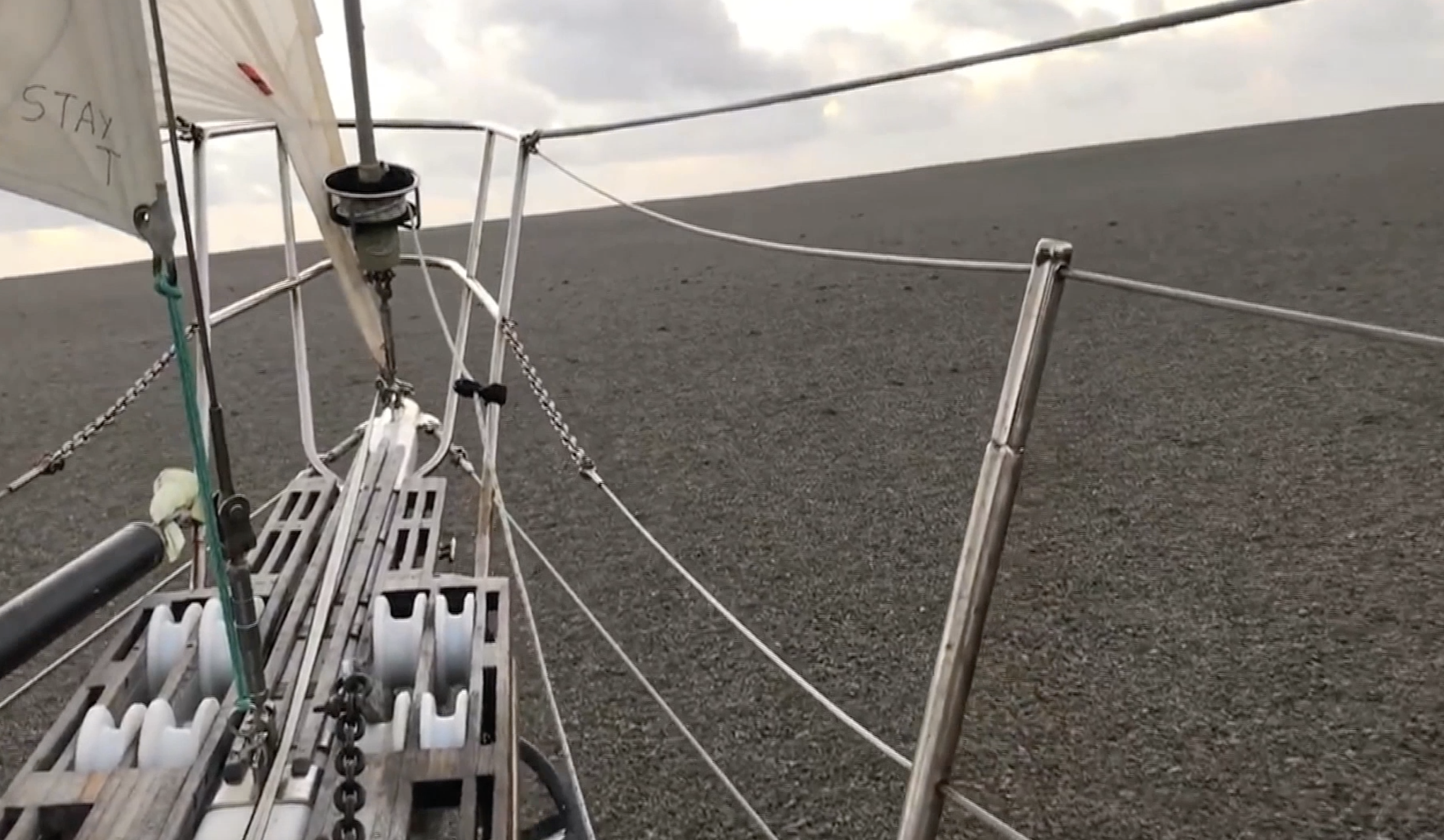 A giant pumice raft, the size of Manhattan, is floating toward Australia. Scientists believe the pumice came from an underwater volcano eruption near Tonga earlier this year. It was first noticed by an Australian couple who was sailing to Fiji in the South Pacific and posted to Facebook and Youtube.

"They just sailed straight into it after dark, obviously difficult to see. They could see it only with their torch light but even with that, as far as they could see, the sea had tuned to this field of stone," said Scott Bryan, an associate professor at Queensland University of Technology.

The couple wrote on their Facebook that they "entered a total rock rubble slick made up of pumice stones from marble to basketball size ... The rubble slick went as far as we could see in the moonlight and with our spotlight."

Bryan and Queensland University of Technology research fellow Andrew Fletcher are studying the raft and tracking its movements, and they believe that it's headed for Australia and the Great Barrier Reef. That's good news for the reef, which has lost almost half of its coral over the past few years due to bleaching events and cyclones.

"The pumice will come into contact with larvae that are floating in the water that are being produced by a whole range of shell and marine life. They are going to start growing on the pumice, bringing billions and millions of individuals in at once to be able to find a new home, add to the existing populations that are here that have suffered over the last few years through bleaching, cyclones in particular, just giving that extra boost of new numbers to help replenish and restore the reef," said Bryan.