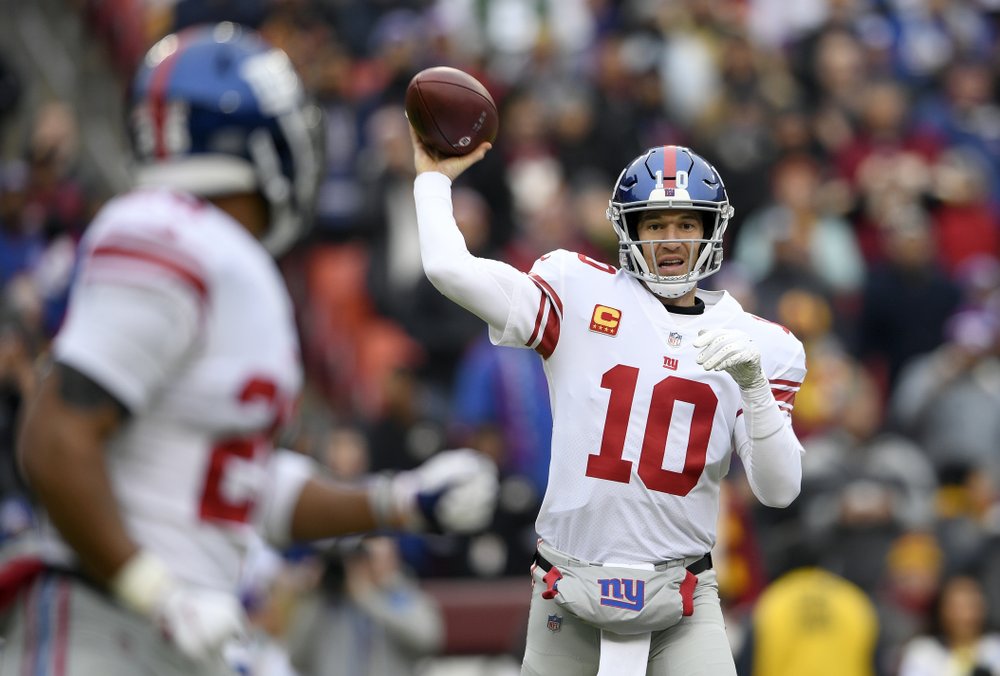 The second overall pick in the draft topped the milestone by breaking a 78-yard touchdown run in the second quarter at Washington to increase the visitors’ lead to 17-0 against the Redskins.

Barkley began the weekend ranked third in the NFL with 954 rushing yards. The long TD against Washington lifted him to 99 yards on seven carries for the afternoon, with plenty of time left to add to that.