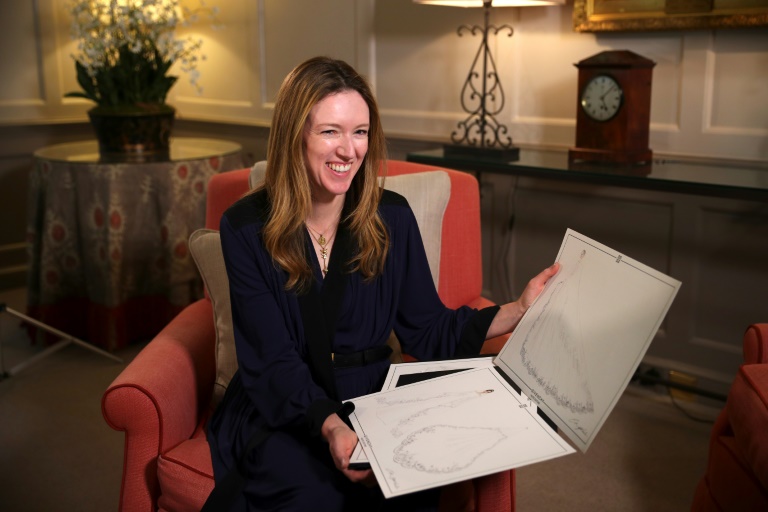 Givenchy's Clare Waight Keller grabbed the fashion spotlight in May with the dress in which Meghan Markle married Prince Harry.(Photo: AFP)

Clare Waight Keller, the Givenchy stylist who grabbed the world fashion spotlight by designing Meghan Markle's wedding dress, on Sunday unveils her haute couture collection as the shows kick off in Paris.

The show will be the first since the house's founder Hubert de Givenchy died in March at the age of 91.

It is 47-year-old Waight Keller's second haute couture collection since she succeeded Riccardo Tisci at Givenchy in March 2017, shortly after leaving rival label Chloe after six years at the helm.

The British artistic director created the boat-necked, sculpted dress that Markle wore for her wedding to Prince Harry on May 19, featuring a five-metre (50-foot) train embroidered with flowers from all 53 Commonwealth countries.

Unlike ready-to-wear shows, haute couture rollouts in January and July are a solely Parisian affair.

The catwalk displays of some of the world's most expensive clothes will be followed on Thursday by high-end jewellery collections by the likes of Anna Hu, Bulgari, Chanel, Chopard, De Beers, Dior, Louis Vuitton and Mikimoto.

Off the official programme, fashionistas on Sunday are offered a show of exclusive creations by the late Sonia Rykiel, the influential French designer who died in 2016.