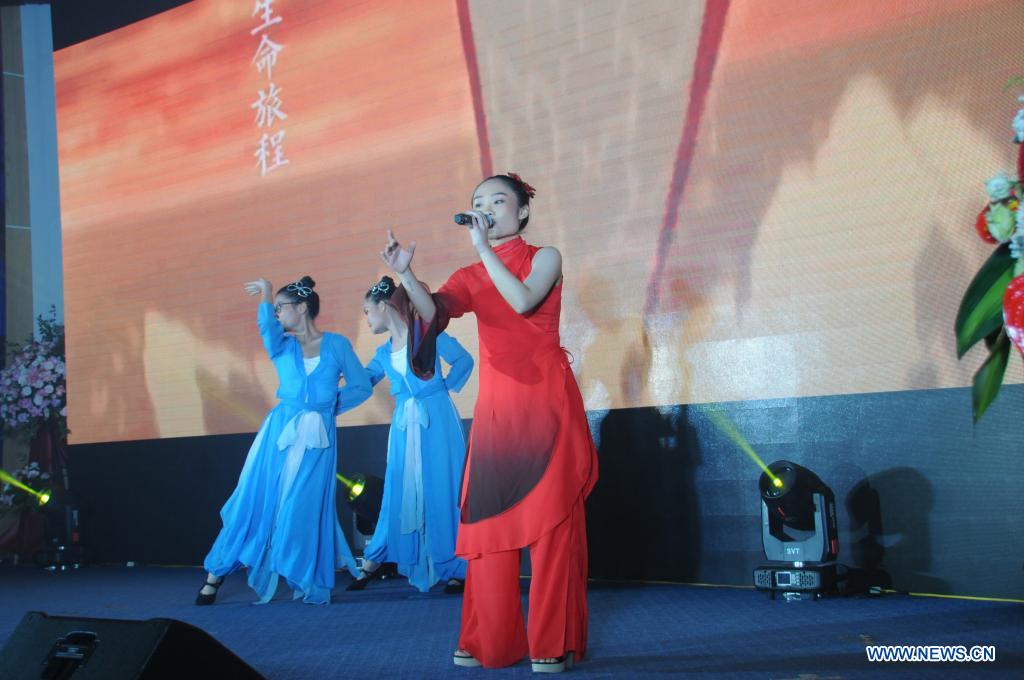 HANOI, Sept. 27 (Xinhua) -- A series of activities were held at Hanoi University in the Vietnamese capital from Sunday to Tuesday to celebrate the Chinese Culture Week and the Global Confucius Institute Day.

Co-hosted by the Confucius Institute at Hanoi University and Duxiu Bookstore at Hanoi University, the activities included contests of writing Chinese characters among Vietnamese students, a number of cultural experience subjects, and an art performance.

Luo Jun, a principal of the Confucius Institute at Hanoi University, told Xinhua that the growing economic, trade and cultural exchanges between China and Vietnam had raised the standard for nurturing talent in the Chinese language, and the contests could both show the students' capability and the quality of the Chinese language education among Vietnamese students.

Over the three days, over 1,500 students and people from all walks of life participated in the cultural experience subjects at Hanoi University, such as traditional Chinese painting, paper cutting, and hanfu, the traditional clothing of the Han ethnic group. An art performance was held on Tuesday afternoon to culminate the event.

Le Thi Thanh Tam, a Vietnamese student who was admitted to Fujian Normal University, took part in the activities wearing hanfu, and told Xinhua that although she had watched a number of Chinese series set in ancient times, it was her first try of hanfu, and she felt excited as if she was taken back to those times.

The first Global Confucius Institute Day was observed in Vietnam on Sept. 27, 2014.