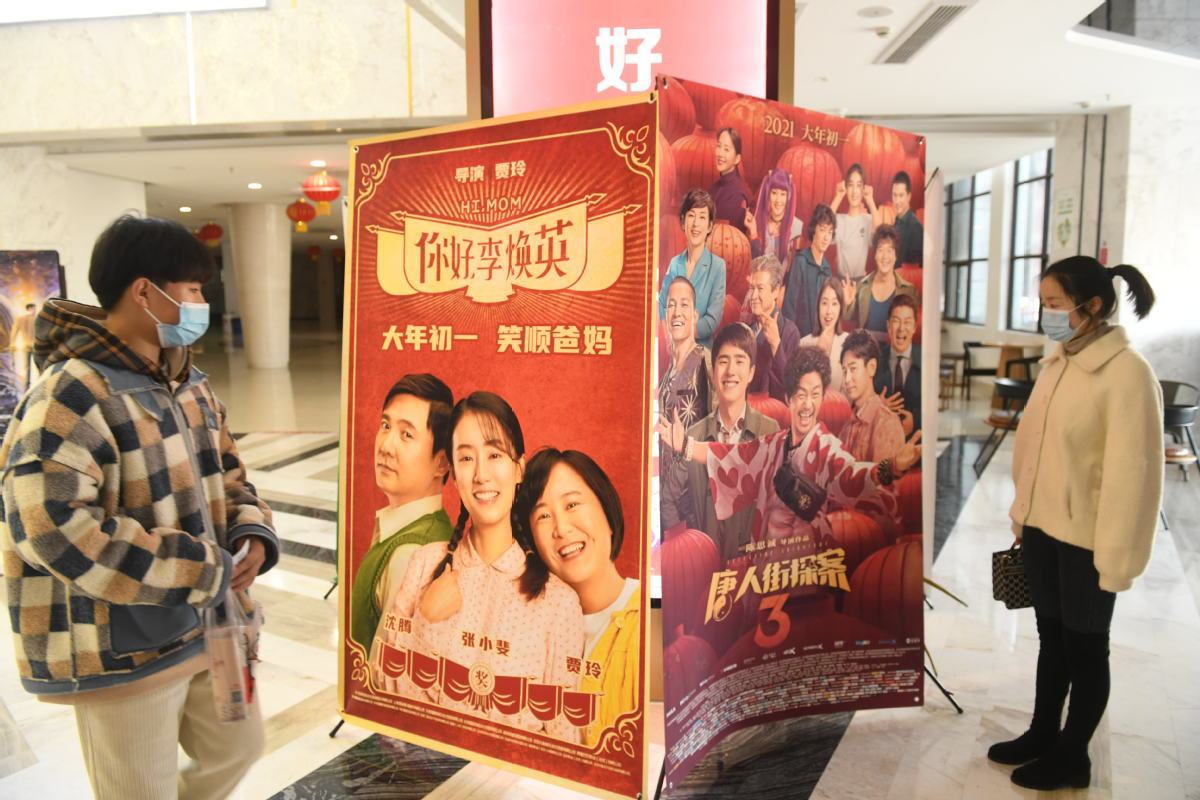 People look at film posters in the hall of a cinema in Fuyang, Anhui province, on Feb 17, 2021. (Photo: China Daily)

True, it is often the case that after the box office highs of the holiday season there is a fall in revenue. But the low ebb in the market has now lasted for about a month and shows no signs of picking up anytime soon. This is because there are no good films being screened to attract audiences to go to cinema.

While that means the Chinese film industry still has a window of opportunity, whether the opportunity can be seized is another question.

Although Chinese film industry practitioners have anticipated a sharp post-pandemic rebound in the film market, they have to accept the fact that not only does their productivity fall behind the rapid increase in the number of screens in the country, but also the quality of their films does not satisfy domestic audiences.

The filmmakers should pay more attention to improving the quality of their works than looking for investors. There is plenty of speculative capital attracted to the industry for quick returns, as it is an open secret that as long as they get big stars to appear in their films, which sometimes costs more money than the rest of the cost for the film, their films will return a profit.

But star appeal at home does not translate to a movie being a hit in foreign markets. Chinese filmmakers should appreciate that the rigid foreign film import quota system has shut the door on the largest film market in the world to their competitors.

In other words, the quasi-monopoly has brought them exorbitant profits that are actually out of proportion to their capabilities and the quality of their works, and they enjoy their well-protected "comfort zone" so much that they even do not want to take the extra trouble to make better films.

It is a similar situation with Chinese soccer. The country has the best-paid soccer players in the world, but none of them dare to, or is able to, take part in international competition.

If the country really wants to tell better Chinese stories overseas, it has to reform its film industry so that those involved improve their work. Audiences want to watch high-quality movies that tell a good story.