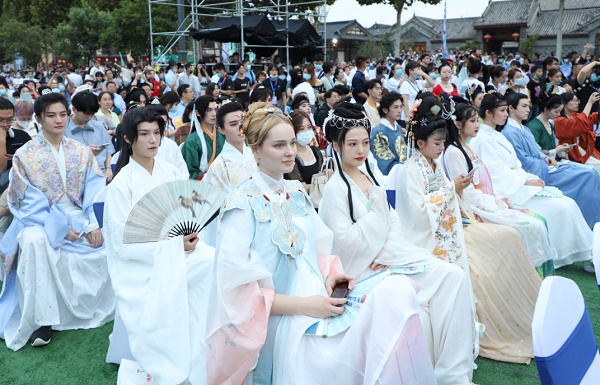 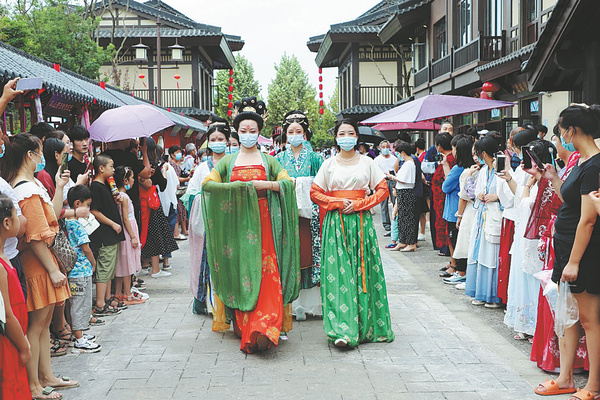 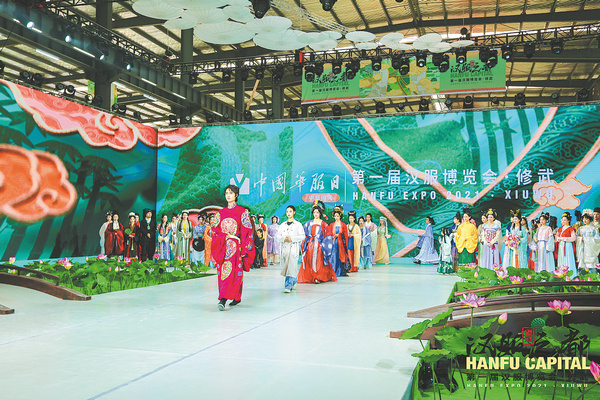 The first hanfu expo in Xiuwu attracts more than 300 exhibitors and tens of thousands of visitors in May.[Photo/China Daily] 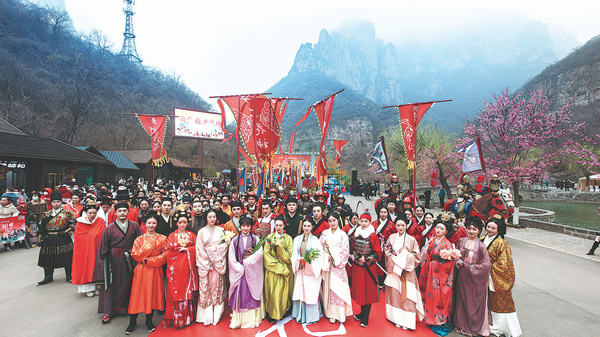 A hanfu performance is staged during the Hanfu Huazhao Festival in Yuntai Mountain of Xiuwu in March.[Photo/China Daily] 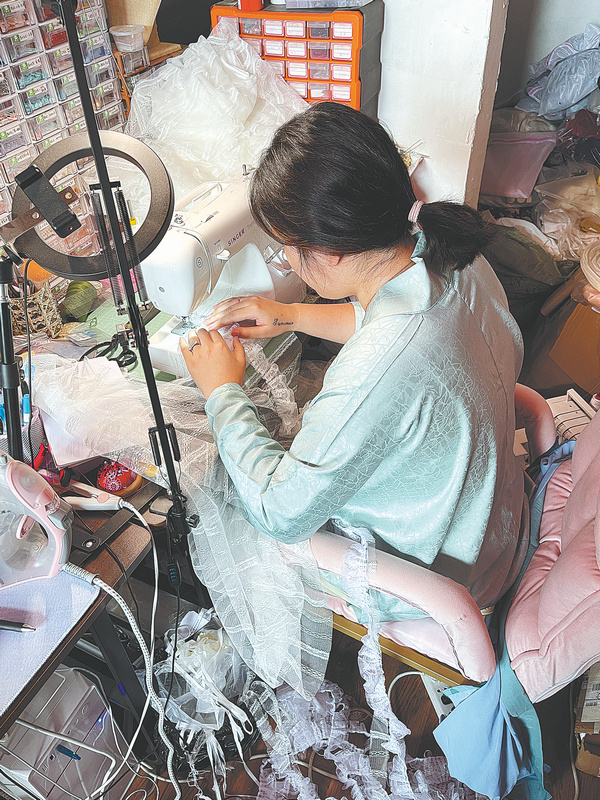 Wang Xiatong makes hanfu at her own shop in Xiuwu. YANG FEIYUE/CHINA DAILY 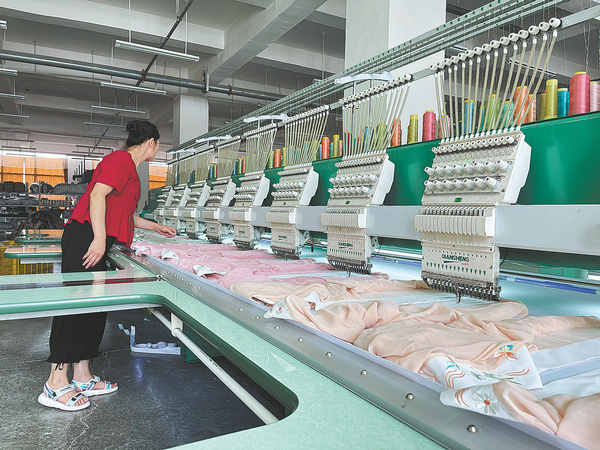 A worker watches over a production line at a hanfu plant in Xiuwu. YANG FEIYUE/CHINA DAILY