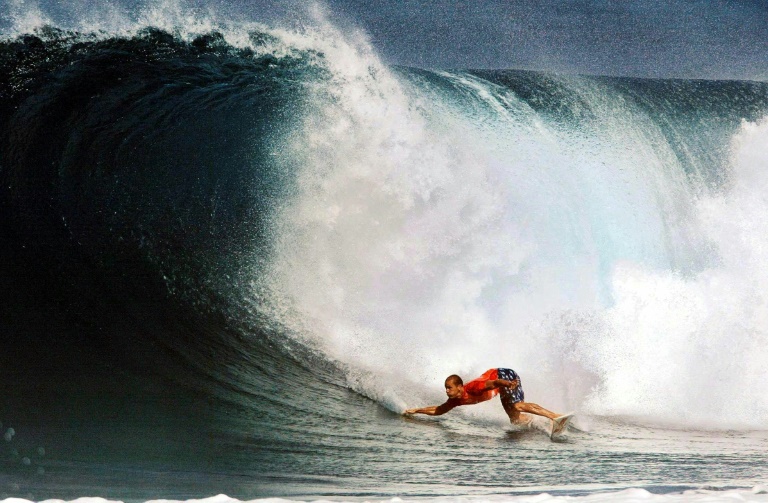 The 46-year-old American, considered the greatest surfer of all time, said he planned one more year on tour before hanging up his board. (Photo: AFP)

Surfing giant Kelly Slater, an 11-time World Surf League champion, has announced he will end his glittering career next year.

The 46-year-old American, considered the greatest surfer of all time, said he planned one more year on tour before hanging up his board.

"My basic plan is to get myself really healthy, again, and get ready for April next year," he said on the World Surf League website Tuesday.

"And next year will be my last year on tour."

His announcement, as he returned to surfing this week after a long-term foot injury, came a day after Australian surfing star Joel Parkinson said he too planned to retire from competition at the end of the season after 20 years on tour.

Australian three-time world champion Mick Fanning quit earlier this year, meaning the sport will lose some of its biggest names in quick succession.

The ultra-competitive Slater, known for his prowess and style, arrived on the scene in 1990, capturing his first world title two years later aged 20 and his last in 2011.

His most dominant days were the mid '90s, when he won five-straight tour titles between 1993-1998 and was virtually unbeatable. He has 55 World Surf League career victories.