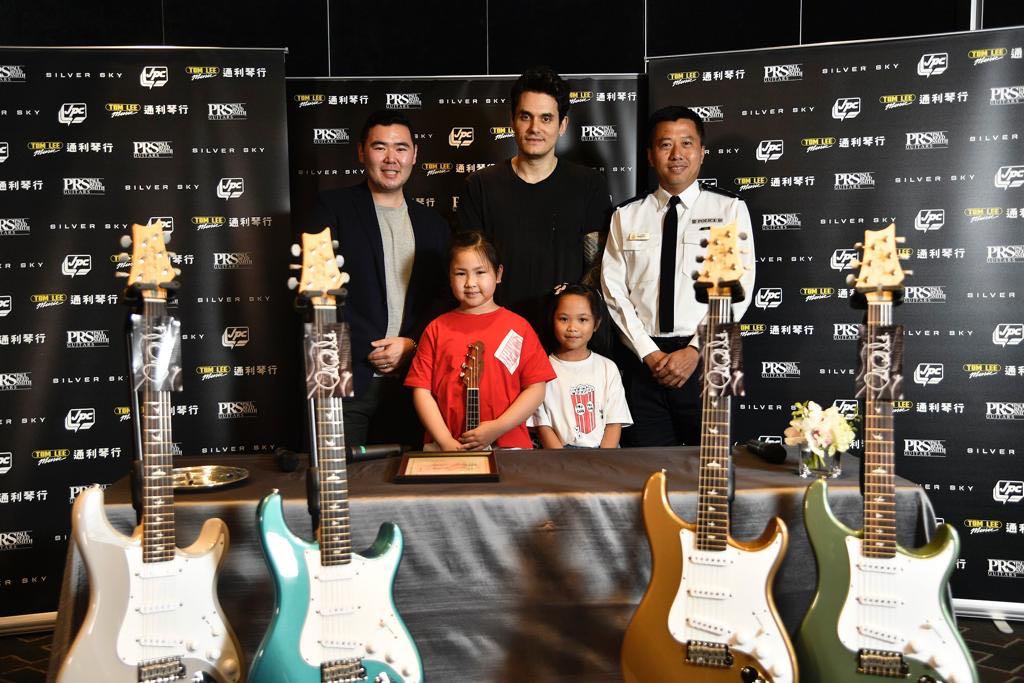 Seven-time Grammy winner John Mayer was in Hong Kong with "An Evening With John Mayer," on April 8, as part of his Asian tour, which kicked off on April 1 in Singapore and will end on April 11 in Tokyo.

During his stay in Hong Kong, the singer-songwriter signed four guitars for a fund-raising event for the Junior Police Call.

The autographed guitars each sold for HK$50,000, and the money will be donated to the Junior Police Call and its music programs for young people.

The 41-year-old singer-songwriter recently released his latest single, New Light, even as he works on his eighth solo album.