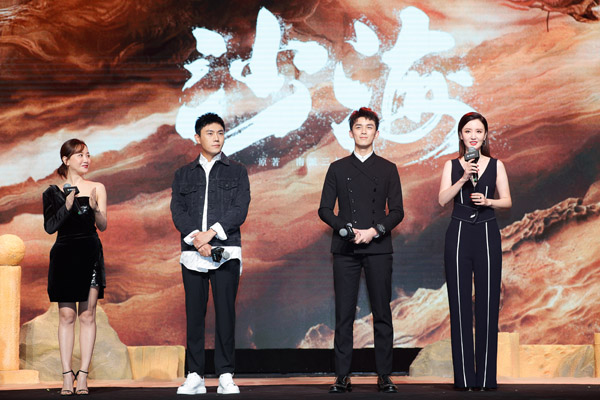 As one of China's top-earning authors, Xu Lei - perhaps better known by his pen name, Nanpai Sanshu - recently revealed his bestselling tomb-raiding franchise will expand to a new generation of teen adventurers.

This is reflected in The Sea of Sand, a sequel series to Grave Robbers' Chronicles, the ninebook collection centering on the underground adventures of Wu Xie, the descendant of a mysterious family of grave robbers, and his best friends.

The Grave Robbers' Chronicles books have sold more than 12 million copies and have been adapted into a star-studded movie and two highly rated series, paving the way for their creator, Xu, to evolve from a popular writer into a successful businessman.

With his own company, NP Entertainment, as one of the producers, the 55-episode online series, The Sea of Sand, debuted on Tencent Video last week, accumulating 70 million clicks within five minutes of being uploaded.

The series picks up a decade after the end of Grave Robbers' Chronicles. In this fantastic new story, set in a fictional northern Chinese city, high-school student Li Cu is drawn into a series of mysterious incidents originating at a mausoleum in the Inner Mongolian autonomous region's barren desert. Teaming up with his two teenage friends and a female doctor, Li discovers he is the key to solving a thrilling conspiracy.

Wu, the protagonist of Grave Robbers' Chronicles, is no longer a lead character, but still remains a key figure in the story, as his family is one of the fictional nine clans that have dominated the tomb-raiding business for centuries. 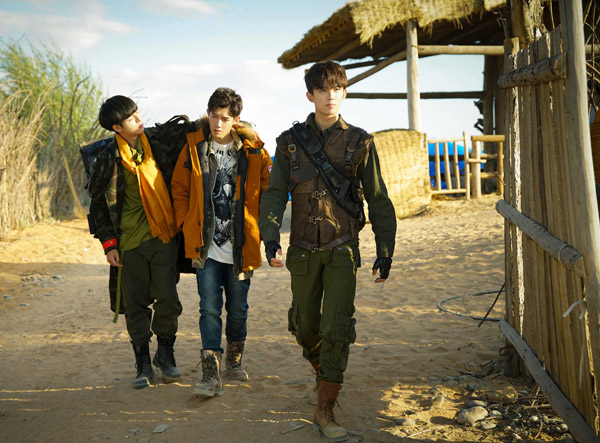 Wu Lei (right) headlines the cast in the role of Li Cu in the new production. [Photo provided to China Daily]

But for Xu, who also wrote the script and acts as executive producer of The Sea of Sand, the new series marks his effort to seek a change.

"I've written nearly 10 books for the nine clans in the Grave Robbers' Chronicles franchise, which have been adapted into several on-screen productions. New adventures need new heroes, who will be more appealing to audiences," explains Xu during a recent promotional event in Beijing.

Unlike the old generations who view tomb raiding as a family business, this new group are protectors of ancient treasures, adds Xu.

Wu Lei, a rising star who shot to fame in the hit period drama Nirvana in Fire, headlines the cast in the role of Li, while actor Qin Hao, known for his performance in the Berlin International Film Festival's Silver Bear-winning Blind Massage, stars as the veteran grave robber, Wu.

Speaking about the two characters' mentor-student relationship, Qin says it's like a Chinese version of the relationship between Colin Firth's agent Galahad and Taron Egerton's "Eggsy" in the British espionage-action comedy, Kingsman: The Secret Service.

Bai Yicong, one of the producers, reveals that the series has a big budget in order to recreate some of the fantastical creatures - such as a mystical black-haired snake that can transfer the memories of people from the past to characters in the present, or some human-eating trees - as well as the spectacular desert scenery described in the original books.

The series was shot in the Ningxia Hui, Inner Mongolia and Tibet autonomous regions, and Jiangsu province.

"The biggest challenge was filming in the desert," recalls Bai. "Every reshoot required the sweeping of footprints to make the sand look untouched."

As of Tuesday, The Sea of Sand had obtained 6.8 points out of 10 on the popular review site Douban, which is higher than all the previous titles adapted from Xu's franchise.