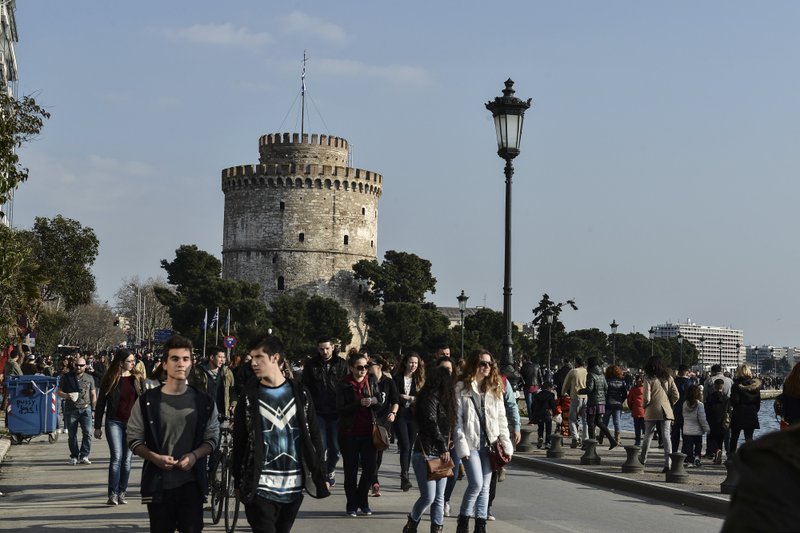 In this Sunday, March 15, 2015 file photo, people walk on the main seaside avenue, as the White Tower is seen at the background, in the Greek northern town of Thessaloniki. (Photo: AP)

Greece’s government has removed hundreds of archaeological museums, ancient sites and castles inadvertently put on a provisional list of properties up for private development under the country’s bailout terms.

The culture ministry said Tuesday that following careful cross-checks, 2,330 properties were taken off the portfolio of state-owned real estate scheduled for development over the next 99 years.

Among them was the 4,000-year-old palace of Knossos on Crete, Greece’s second most-popular ancient monument.

Also, the tomb of King Philip II of Macedon —Alexander the Great’s father — in northern Greece, more than a dozen museums and most archaeological sites in No. 2 city Thessaloniki, including its White Tower, were removed from the list.

The list of heritage sites was compiled in June, sparking protests, but the ministry only published it Tuesday.