Greece's National Museum of Contemporary Art (EMST) in Athens has been building new bridges of intercultural dialogue with China as part of a wider Sino-Greek effort to bring the two countries and peoples closer, EMST's Director Katerina Koskina told Xinhua in a recent interview. 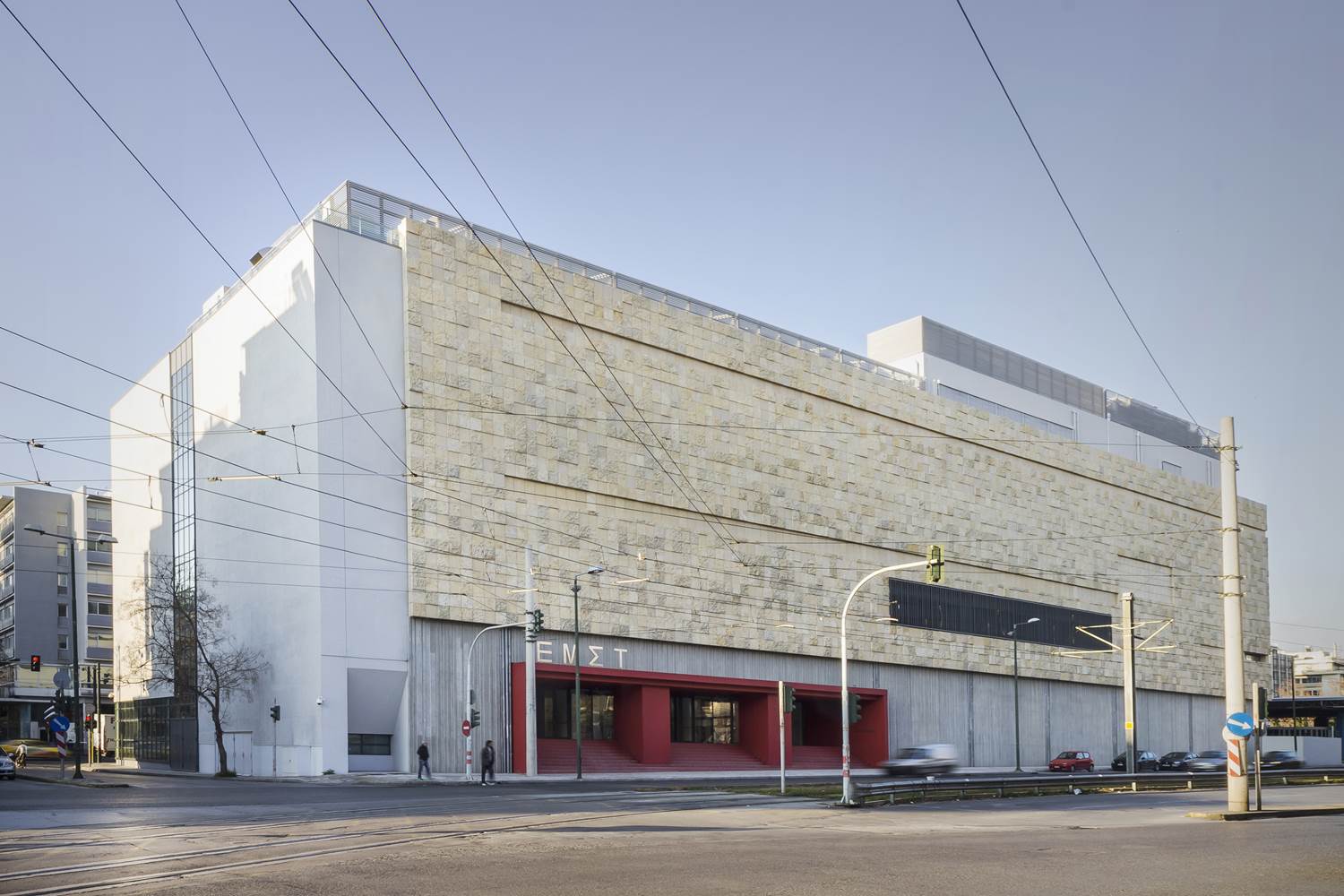 On Tuesday evening, during the opening of an exhibition of EMST's new acquisitions of the past two years, Koskina talked about the collaboration launched last year with the National Art Museum of China (NAMOC) thanks to the support of the culture ministries in Athens and Beijing and the exchanges of museum exhibits.

She also expressed hope that ties between Greece and China in the field of art could deepen in the future.

"Last week, EMST inaugurated in Beijing, China at NAMOC, a very important exhibition, which includes more than 80 works of art of Greek and international artists. This is a very important moment for us," Koskina said referring to the exhibition entitled "In the Beginning was the Word. Concepts - Images - Script".

Forty Greek and foreign artists are participating with 80 works that belong to EMST's permanent collection. The exhibition runs until mid-January 2019, as part of the Year of Cultural Exchanges between Greece and China 2017-2018.

"It is a great opportunity, because working in the intercultural dialogue, the dialogue between such important ancient civilizations that grew together and today are able to reinforce the old dialogue, is really amazing," she stressed.

"This exhibition was a kind of return since last year in this very place EMST hosted a very important exhibition on Xieyi (freehand brush work) painting, masterpieces from the NAMOC collections, in Athens, and this was the starting point of hopefully a long lasting friendship and cooperation in the cultural field between Greece and China," Koskina said.

The exhibition "Chinese Xieyi: Masterpieces from the National Art Museum of China" was open between September and November 2017, and received a warm welcome from the Greek audience.

"The reception from the Athenian audience was very warm. There were excited comments about this exhibition and we had many many visitors," Anna Mykoniati, EMST's curator, told Xinhua.

Explaining the idea behind the exhibition, which traveled to China, she said that EMST chose writing and script in art as a main theme, because China has a great tradition in calligraphy and this is a theme that the Chinese audience can relate to, getting in parallel an idea about the Greek contemporary art scene.

"The Chinese audience was very open to the artwork, because it is very contemporary art and the collection of NAMOC is more traditional, more painting," she said, expressing confidence that Greece and China can enhance intercultural exchange in the coming years.

"China and Greece are both ancient countries, have huge civilizations behind them, and you can relate to that. As far as I can tell from my experience in Beijing, the Chinese have a deep respect and admiration for the Greek civilization and I think that works both ways. It is the same for Greeks too," she underlined.

EMST is one of the partners in the International Alliance of Art Museums and Galleries involving the countries along the "Belt and Road" initiative. The alliance was established this summer in Beijing.

"We are very hopeful that this will lead to a future collaboration with China and other countries along the Silk Road," Mykoniati said.

Greek artist Alexandros Georgiou, who is participating in both exhibitions currently hosted at EMST and NAMOC, has no doubt that Sino-Greek intercultural dialogue has much to offer.

"I just find Chinese art incredibly interesting ... I always learn something new when I look at Chinese art and it is never what I thought it is going to be, so I think it comes from a culture that in a way can relate to ours by being so different, but shedding a different light on subjects that we also care about but never thought of in the way that Chinese artists do," he told Xinhua during Tuesday's event.