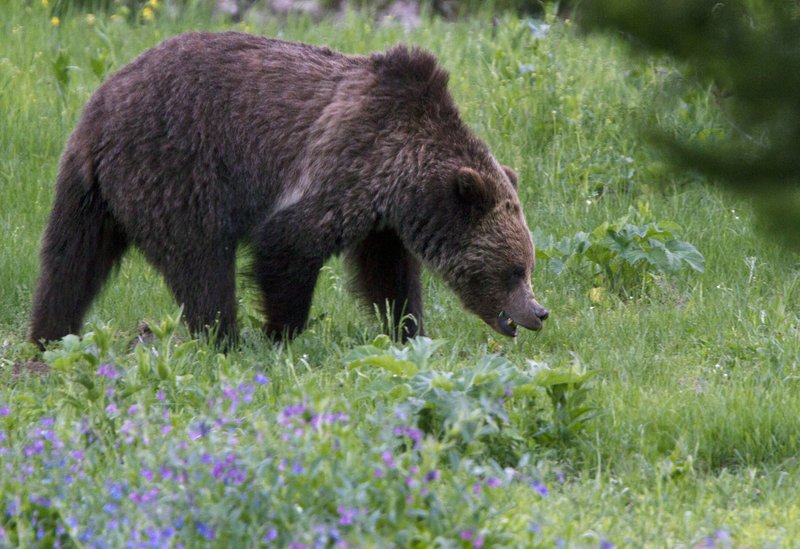 Grizzly bears aren’t docile animals, but an especially aggressive attack that killed a hunting guide and injured his client is puzzling wildlife officials.

A female bear that was with its cub killed Mark Uptain of Jackson Hole and injured Corey Chubon of New Smyrna Beach, Florida, after they went to cut up an elk that Chubon shot with an arrow a day earlier.

Unlike other grizzlies that frequently startle and sometimes attack elk hunters in the Yellowstone National Park region, these bears didn’t appear to be after the meat and weren’t taken by surprise, Wyoming Game and Fish Department regional supervisor Brad Hovinga said Monday.

The attack Friday in the Teton Wilderness east of Grand Teton National Park happened in an area where Wyoming officials are trying to persuade a judge to allow grizzlies to be legally hunted for the first time in decades.

Environmentalists argue that the Yellowstone region’s grizzlies, which lost federal protections last year, are not abundant enough to sustain hunting. A US judge in Montana has postponed hunts that were set to begin this month in Wyoming and Idaho while he considers that argument.

Friday’s attack shows how a hunter can carry both a gun and bear spray and still become the hunted.

“This was something that we don’t see very often or we don’t hear about very often, where a bear just comes in and attacks an individual and not in relationship to a defensive behavior,” Hovinga said.

Five Game and Fish Department employees trapped the cub with meat from the slain elk Sunday, and the mother bear charged them. Two officers shot the sow dead, and officials euthanized the cub.

“That could be somewhat different because her yearling was there and caught in the snare. Still, that was somewhat aggressive,” Hovinga said.

Officials plan DNA testing to verify the same bears were responsible for the attack but are almost positive based on Chubon’s description. At the scene of the attack, they found a used can of bear spray, which wildlife officials often advocate as the best defense — in some cases, better than a gun — against a charging grizzly.

Chubon tried to throw a handgun to Uptain during the attack but it fell short, he told WESH 2 News in Orlando, Florida.

“Somehow the grizzly let me go and charged Mark again. And that’s when I made the decision to just run for my life,” Chubon told the TV station Sunday.

He credited Uptain’s actions to fend off the bear with saving his life.

Chubon called for help from his cellphone. He was flown by helicopter to a hospital with significant scrapes and bite wounds but no life-threatening injuries.

Conflicts between grizzly bears and humans in the Yellowstone region have become more common as the species has recovered from near-extermination in the early 20th century, although fatal attacks on humans are still rare.

In 2017, wildlife managers tallied 273 conflicts between humans and grizzly bears in the region spanning northwest Wyoming, southeast Montana and eastern Idaho. Almost two-thirds of those involved attacks on cattle.