Group buys Alabama abortion clinic to keep it from closing 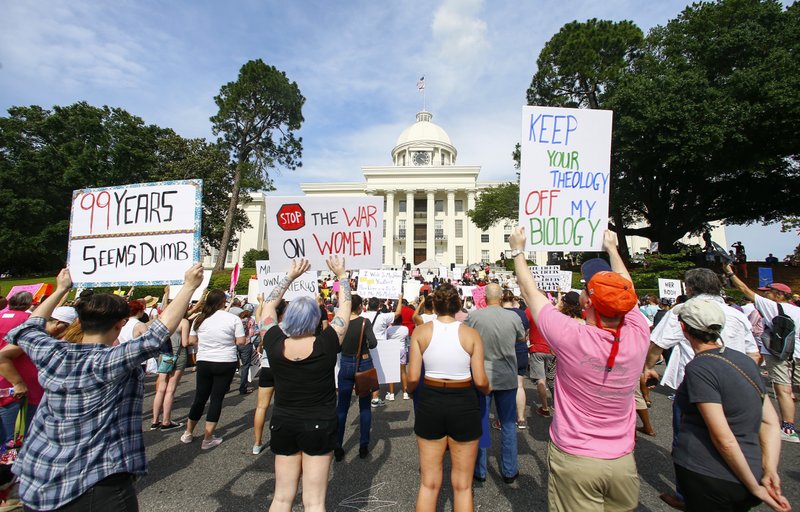 In this Sunday, May 19, 2019, file photo, protesters for women's rights hold a rally on the Alabama Capitol steps to protest a law passed the previous week making abortion a felony in nearly all cases with no exceptions for cases of rape or incest, in Montgomery, Ala. (Photo: AP)

Conservative lawmakers in Alabama last year tried to enact the nation’s most stringent abortion ban, but the attempt to outlaw the procedure may have had one ironic twist.

An Alabama-based abortion rights group used a flood of donations that poured in from across the country after the ban to purchase the state’s busiest abortion clinic to ensure it stays open.

Yellowhammer Fund — a group founded to help low-income women access abortion — announced the purchase of West Alabama Women’s Center on Friday, the one-year anniversary of the passage of the Alabama ban.

“I said this a year ago. What they didn’t anticipate they would do is help us increase abortion access in Alabama,” said Amanda Reyes, executive director of Yellowhammer Fund.

Reyes said the flood of donations helped the group purchase the clinic from the owner who was looking to retire.

Alabama Gov. Kay Ivey last year signed into law legislation that would make performing an abortion at any stage of pregnancy a felony punishable by up to 99 years or life in prison for the abortion provider.

A federal judge blocked the Alabama law from taking effect while a challenge plays out in court.

International attention on the Alabama ban prompted an outpouring of donations as celebrities shared information on their social media accounts about the group and the fight in Alabama.

Gloria Gray, who has owned the clinic since 1993, said in a statement issued through Yellowhammer that she was looking to retire but had been concerned about keeping the clinic doors open.

“I’ve been waiting years, holding out until I could sell my interest in the company without affecting the clinic, without preventing women from being able to get abortions in Alabama,” Gray said.

Yellowhammer did not disclose the purchase price.

There are three clinics in Alabama that perform abortions. West Alabama, with its proximity to Mississippi, is the busiest. The clinic in 2017 performed about half of all abortions in the state, according to statistics from the Alabama Department of Public Health.

“The stars just aligned in a kind of way where we had the resources at the right time. Now we are going to be able to more robustly fulfill our mission,” Reyes said.