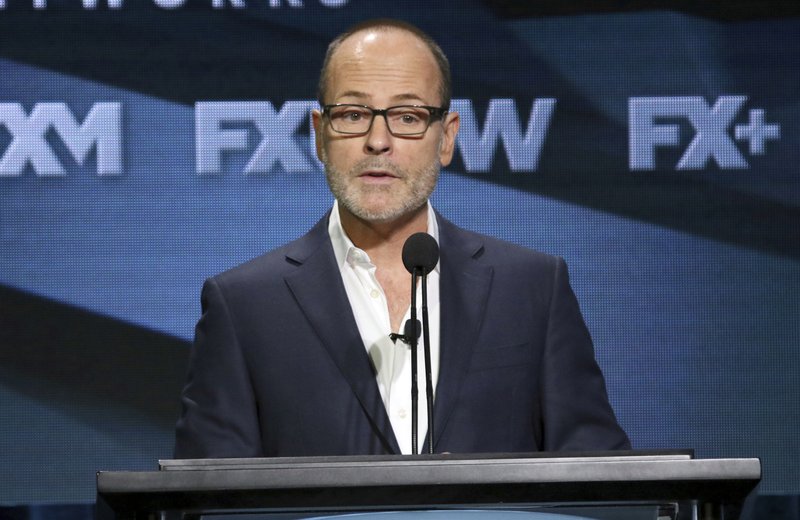 The mass of television series is certifiable “bananas,” according to the TV executive who has kept a close eye on its growth.

An estimated tally of all scripted programs available to viewers exceeded 500 for the first time, FX Networks head John Landgraf said. He is credited with coining the phrase “peak TV” and has regularly warned that more is not better.

There were 532 scripted drama and comedy series in 2019 on broadcast, cable and streaming platforms, a 7 percent increase over 2018, Landgraf told a TV critics meeting Thursday. When FX started its tracking in 2009 there were about 200 shows, with streaming services responsible for the lion’s share of the subsequent growth.

“There’s too much story. There’s too much narrative,” Landgraf said in 2018. That leads to the “impossibility of surprising the audience, of providing something that seems truly novel, truly new.”

With streaming wars afoot, “We expect that total likely will increase this year. That’s just bananas, right?” Landgraf said Thursday, calling it “a mad race to keep such a massive conveyor belt of content going.”

FX has exempted itself from the contest, he said. The channel, home to award-winning series including “American Horror Story” and “Atlanta,” continues to take “the opposite approach and to focus on finding, producing and launching the best shows possible one at a time.”

But Landgraf and FX aren’t removed from streaming, which has exploded as newcomers including Disney Plus, Apple TV Plus and more to come to seek to compete with established Netflix and Amazon.

On March 2, the FX on Hulu streaming hub will launch, offering most current and past seasons of FX’s original series and exclusive fare to include “Mrs. America,” starring Cate Blanchett as conservative activist Phyllis Schlafly. The hub is available to Hulu’s 30 million subscribers.

The FX-Hulu crossover is the result of Disney’s acquisition of much of 21st Century Fox, including FX Networks, and a deal to buy the portion of Hulu it didn’t already control. The streaming home helps ensure FX’s future, Landgraf said.

“Without launching FX on Hulu, in addition to maintaining our existing channels, we could not continue to grow our brand and take enough quality swings to remain relevant to consumers in the streaming era,” said Landgraf, who warmly praised Disney and Hulu “for all they have done to energize FX.”