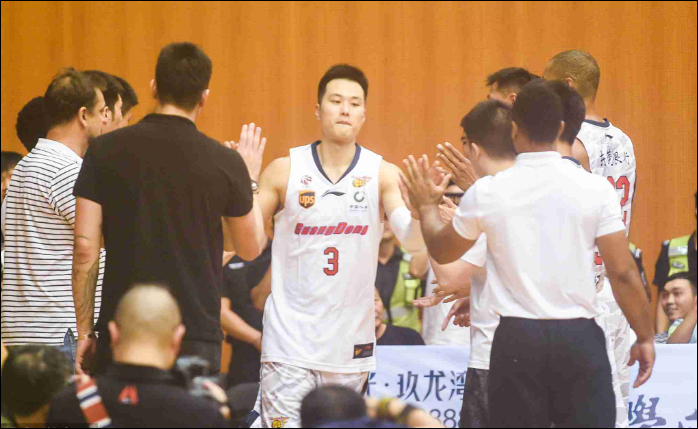 In the Chinese Basketball Association (CBA), all 20 teams will kick off their season on Sunday. The Guangdong Southern Tigers held a small ceremony yesterday to mark the team's 25th anniversary and decorated Du Feng is back in a bid to lead the eight-time title winner to search for their first trophy in six years.

Du is back on a five-year contract to coach the team. "We have a lot of new players this year. In the past few years I worked between national team and club, the experiences will help me a lot."

Players swore to give their best as they look to clinch another title and there are big changes in the roster.

Meanwhile, former Shenzhen's captain Meng Duo signed for Guangdong in the new season. He will work with captain Zhou Peng, center veteran Yi Jianlian and guard Zhao Rui to go forward this campaign, starting with a trip to the Beijing Shougang.

"This is the biggest change of players since I played in Guangdong. I think we need to improve our skills of speed, it's also a trend in basketball matches," Yi said.

Guangdong will travel to take big rivalry Beijing Ducks, while defending champions Liaoning will be in action in their opener against Shandong on Sunday at home, and Beijing's another team Beikong will visit Zhejiang on the same day.