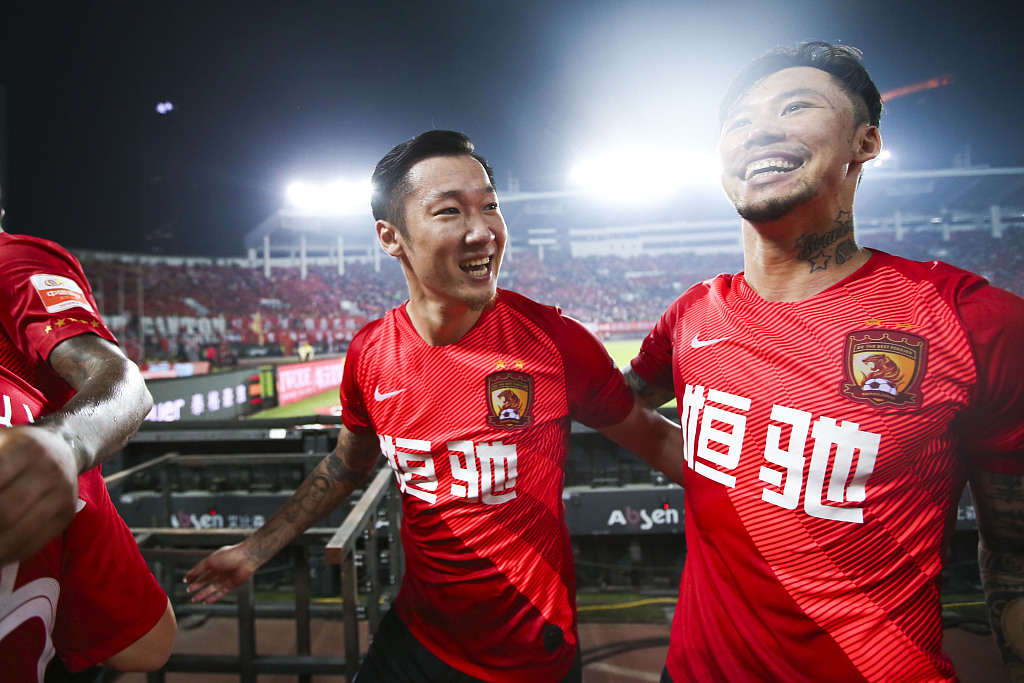 Talisca, who has aroused controversy due to his poor performance recently, shone in the game as he ended his goal drought, bagging a brace for the home side.

Evergrande dropped to second place temporarily with 63 points ahead of Saturday's game as Beijing Guoan conquered Shanghai Shenhua 2-1 in an early fixture. SIPG entered Tianhe Stadium with 62 points, so it was a head-to-head for the crown.

The home side dominated in the first half as Paulinho was in fearsome form, forcing SIPG's goalkeeper Yan Janling into a series of saves.

Evergrande broke the deadlock minutes before the interval through a rapid counter-attack when Paulinho surged forward and thread through Talisca who slotted the ball into the net.

Paulinho had the ball into the net five minutes into the second half after some great teamwork but it was canceled by the VAR as Park Ji-Soo had fouled on Hulk in the build-up.

Talisca remained dangerous as his volley in the box was denied by Yan before the Brazilian's goal on Paulinho's assist was correctly flagged offside.

Evergrande had strong penalty appeals in stoppages when Talisca was tripped down by Oscar, the referee waved play on at first, but eventually awarded Evergrande a spot-kick. Talisca kept his cool to turn it in and sealed the game at 2-0.