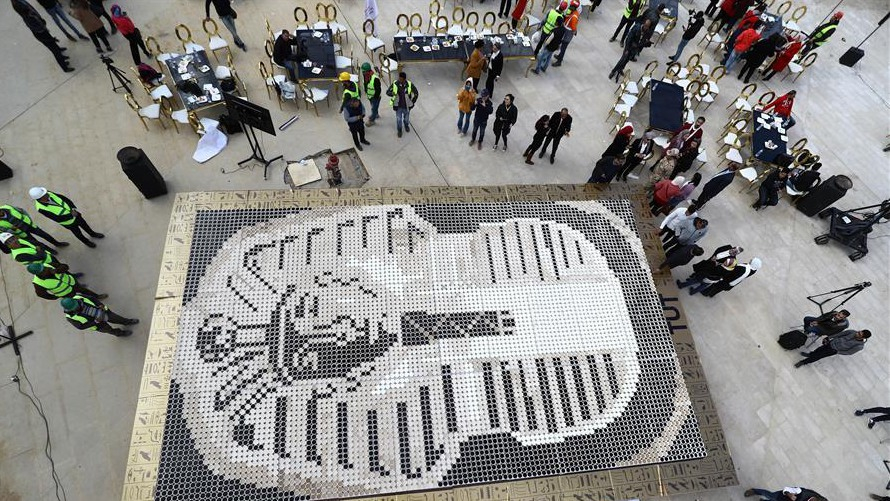 A golden mask of Tutankhamun made from coffee cups was photographed in Egypt, on December 28, 2019. (Photo: Xinhua)

The Ministry of Tourism and Antiquities of Egypt held a ceremony at the Grand Egyptian Museum (GEM) under construction near Cairo on Saturday to celebrate the Guinness World Record for the largest gold mask of Tutankhamun made out of coffee cups by young Egyptians.

Mostafa Waziri, Secretary General of the Supreme Council of Antiquities, said 7,260 coffee cups were used to create a giant gold mask of Tutankhamun covering an area of 60 square meters.

Talal Omar, Guinness World Records' Middle East & North Africa (MENA) Regional Director, announced at the ceremony that the pattern set a new record for the number of paper cups used and the amount of space they cover.

According to the report, the previous record, set in 2012 by an American, was a picture of Elvis Presley's face made of 5,642 coffee cups, covering an area of 37.24 square meters.