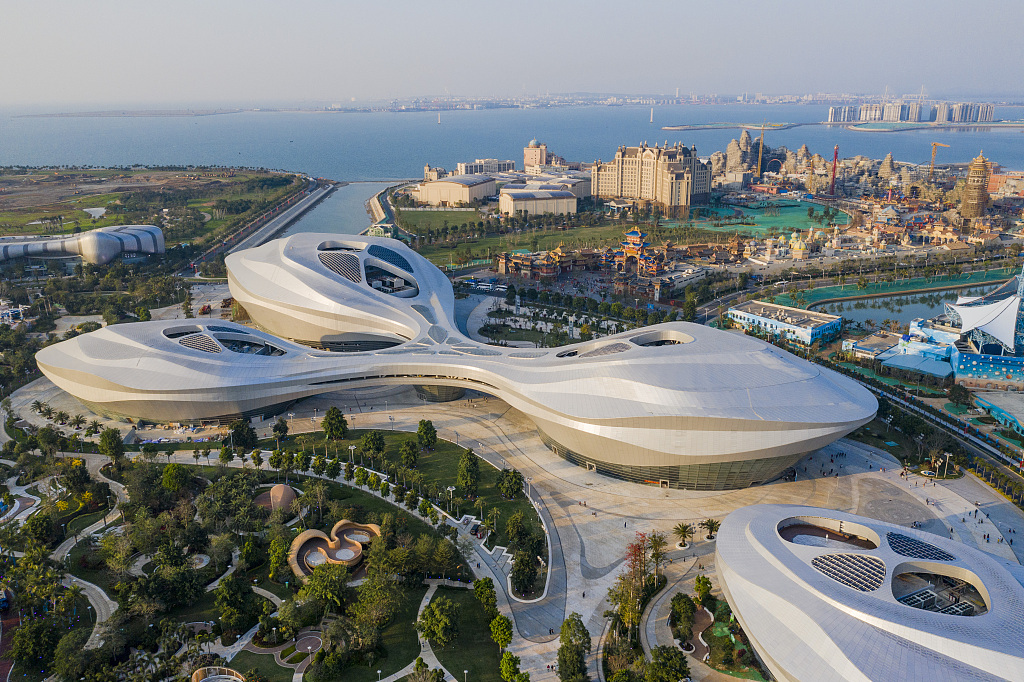 As the debut exhibition for the museum, the display will feature 176 artworks in eight themed sections curated by 95 artists from 24 countries, including China, Greece, France, the United States, Italy, Japan, and Cameroon.

Greece, the exhibition's guest of honor, will provide a retrospective of its country's contemporary art scene from 1970 to 2020 via 73 works from this period.

A simultaneous forum will feature works that promote instances of cultural understanding from throughout the 21st century as well as the great opportunities available at Ocean Flower Island and Hainan Island.

Cohosted by the Evergrande Fairyland Group and the China Arts and Entertainment Group Ltd., the exhibition is scheduled to run until Dec. 8, 2021.