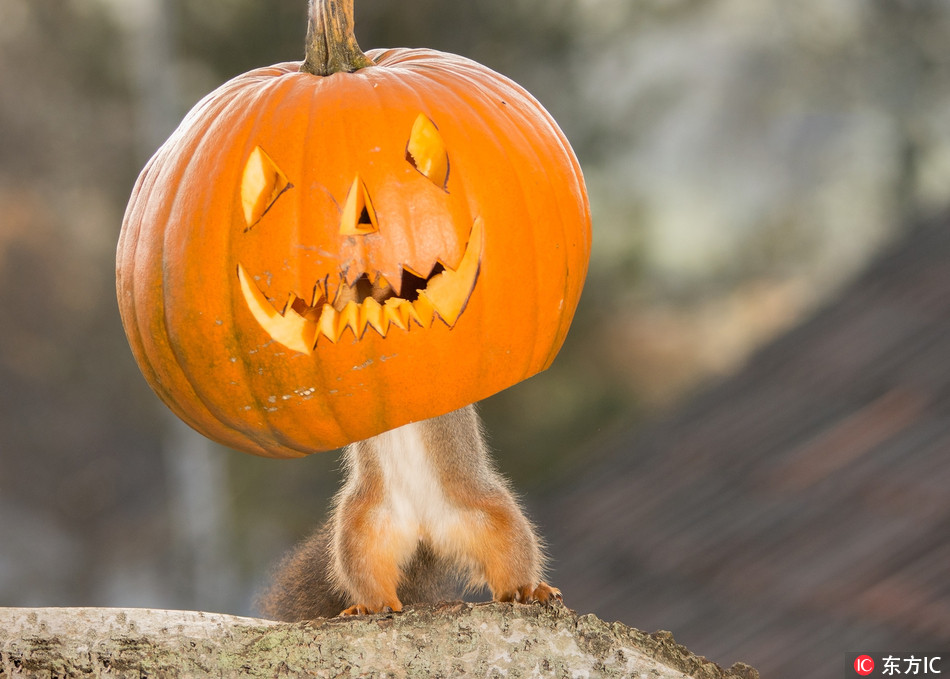 A red squirrel gets involved in Halloween by climbing inside a ghoulish jack-o-lantern, carved in Sweden, October 29, 2015. Peering out from the smile carved into the pumpkin, the squirrel is dwarfed by the spooky head-gear. (Photos: IC) 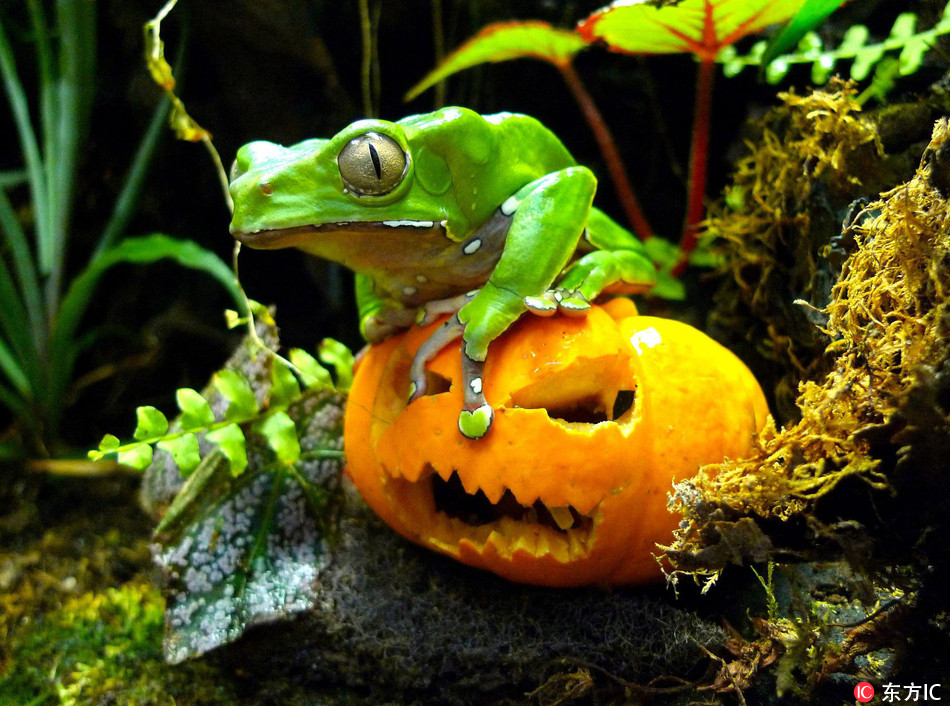 Keepers at ZSL London Zoo have been supplying pumpkin lunches to some of their animals, including this giant waxy monkey frog. His spooky snack was filled with flies to stimulate his natural food. But instead of tucking into his food, Alfred the frog decided to hop on his lunch, October 27, 2011 in London. 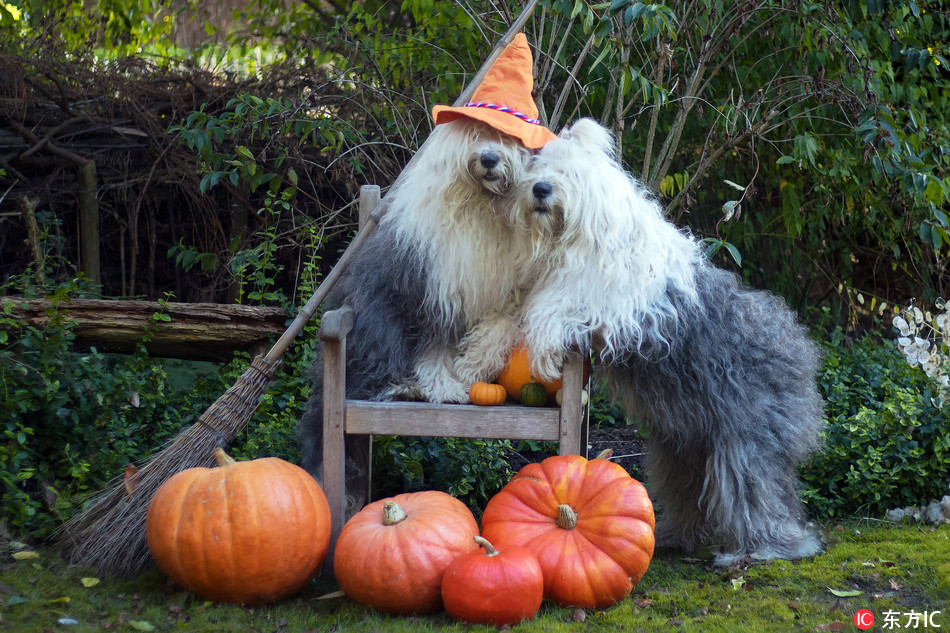 Sheepdogs Sophie and Sarah are pictured posing next to pumpkins wearing bright orange witch hats. Photo captured by the pair's owner in Netherlands on October 24, 2016. 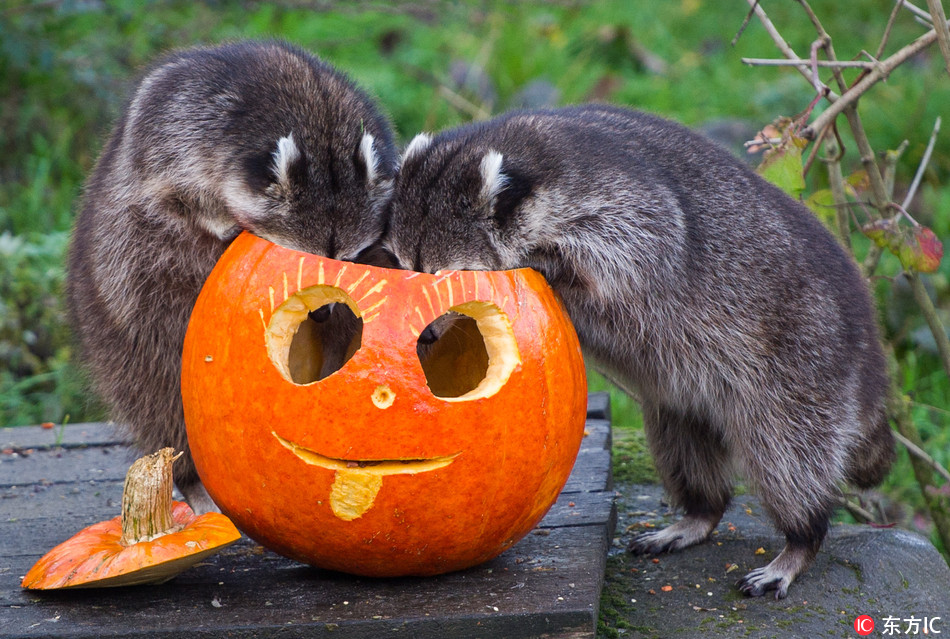 Two raccoons eat out of a hollowed-out pumpkin in the Hanover Zoo, Germany, 23 October 2014. 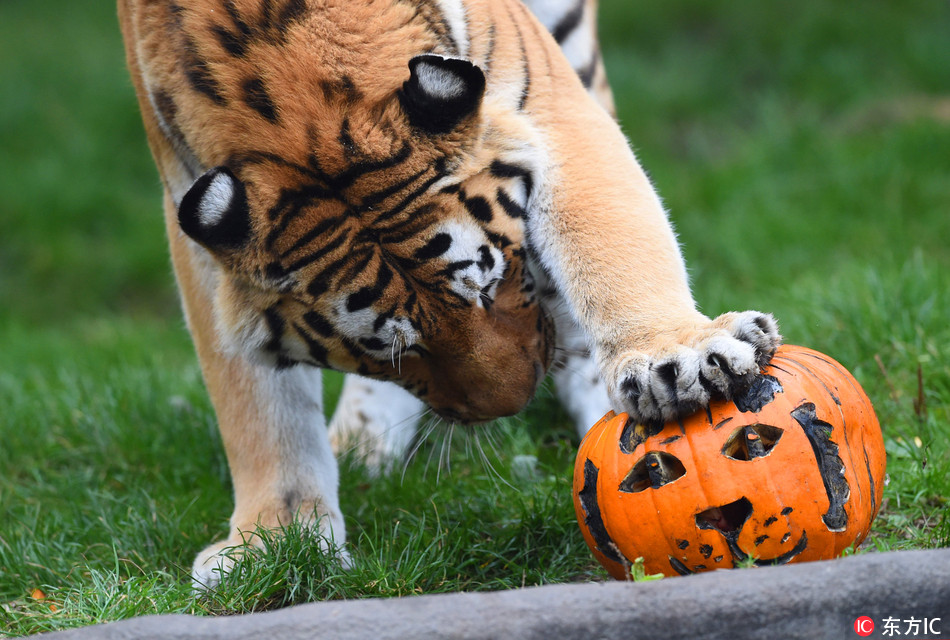 Tiger Lailek sniffs at a meat-filled jack-o-lantern at the Hagenbeck Zoo in Hamburg, Germany, 29 October 2014.

A lemur examines a Halloween jack-o-lantern in a Halloween event at the Dvur Kralove nad Labem Zoo in Prague, October 23, 2014.