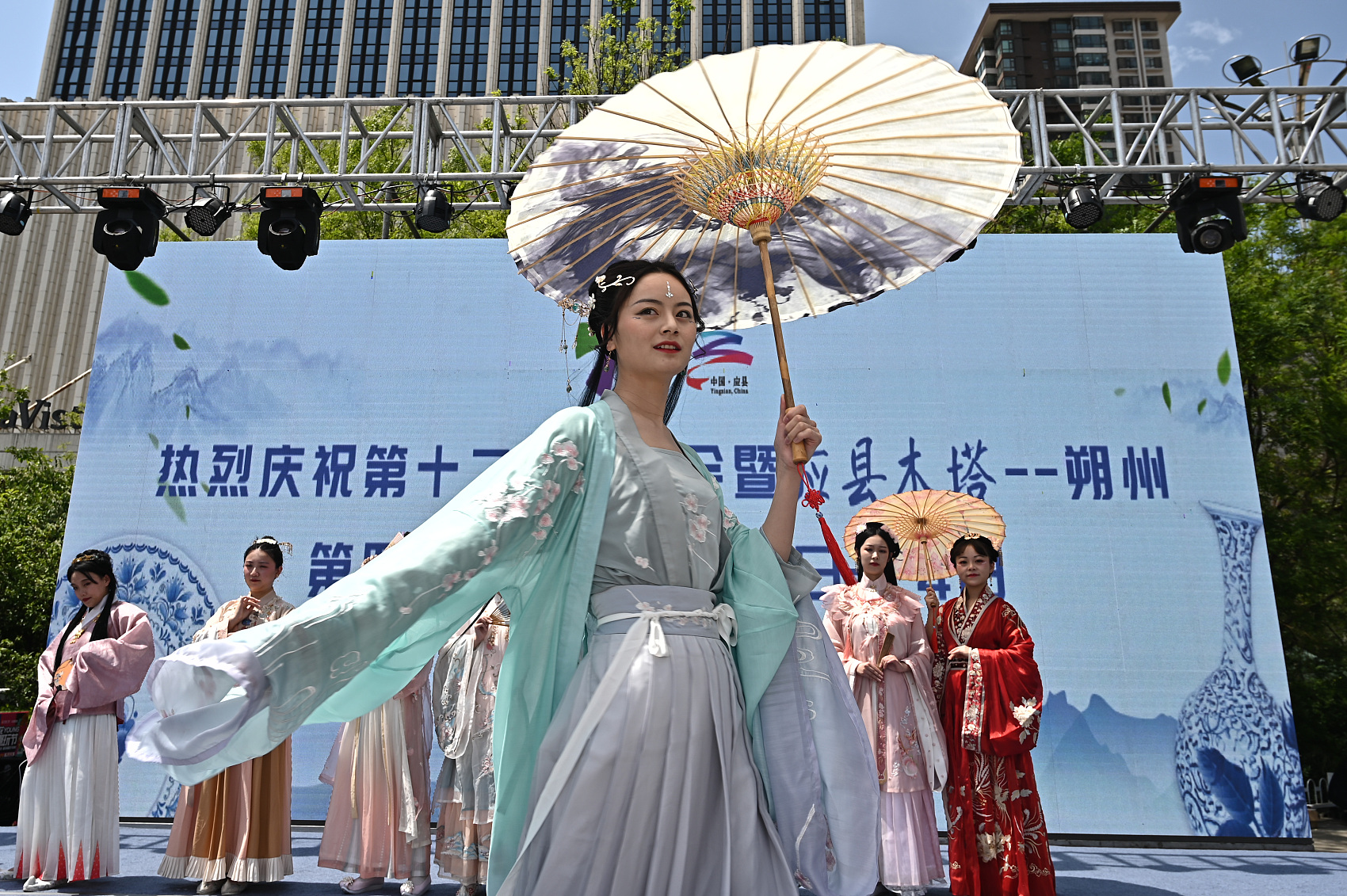 The resurgence of Hanfu in China is especially obvious in Spring when people would don traditional Chinese costumes to participate in festivals or simply stroll the streets.

To celebrate the traditional flower festival, which is usually celebrated on the second day of the second lunar month, hundreds of Hanfu enthusiasts gathered at Shanghai Gucun Park on March 20.

Enthusiasts lined up according to tradition and presented flowers, fruits, and tea to give their blessings for spring. Other traditional folk activities like archery and a Hanfu showcase by the enthusiasts were also held during the event.

"We have been celebrating the festival on the second day of the second lunar month every year since 2015," said Li Mengxiao, the host of the ceremony.

According to Li, the number of people taking part in the event has been increasing over the years, an indication of Hanfu's growing popularity.

"Another trend is that the makeup, decoration and clothing of the participants have become more elaborate and professional," she said.

When asked about her motivation for organizing the event, Li said that such a ceremony could let more people better understand traditional Chinese culture.

Hanfu enthusiast Yan Jianbin, a sophomore student at the Shanghai Institute of Technology, attended the flower festival as a spectator.

"This shows that Hanfu can be worn in daily life. The ceremony is a good promotion of traditional clothing and culture," said Yan, who is also the vice-president of the Hanfu club in his college.

Given the growing prominence of Hanfu culture, Cheng Xinxiang, a deputy to the 13th National People's Congress and the intangible cultural heritage inheritor of Hunan embroidery, submitted a proposal on establishing a national Hanfu day during the annual session of NPC in March.

Cheng pointed out that Hanfu and related cultural activities currently lack official support which hampers its further promotion to the masses. Cheng suggested designating the third day of the third lunar month every year as Hanfu Day. This day also marks the Shangsi Festival, which commemorates the possible birthday of the Yellow Emperor, the legendary ancestor of the Chinese nation.

She also suggested cultivating specific enterprises to promote the industry and setting up a supervision department to help with the promotion of this culture.

Yan pointed out that a Hanfu Day could help promote the culture to more men, as only 10 percent of Hanfu enthusiasts are male.