"Jie Fa Yuan," which has been included in the regular repertoire at the Huanglong Cave Performance Center, has made its debut.

Hangju, or Hangzhou Opera, is a genre prevalent in the Hangzhou-Jiaxing-Huzhou Plain a century ago. It is performed in the Hangzhou dialect and developed a solid mass foundation during the Republic of China (1912-1949).

However, Yueju Opera, another local opera, has stolen its thunder along with social development, which in return made Hangju disappear for about 40 years.

In 2001, local troupes started to put on Hangju performances, bringing the old opera to the public again.

For years, Hangzhou troupes have created new repertoire in a bid to attract more audiences.

A new work, "Jie Fa Yuan," made its debut at the Huanglong Cave Performance Center last week. Now, it is included in the regular repertoire at the center.

Its story takes place in the Southern Song Dynasty (1127-1279) when Hangzhou was the capital.

A young man and woman got married but divorced later because of mutual suspicions. Nonetheless, they gradually regretted their own errors and repented, finally getting back together.

The script unveils the distortion of humanity, lashes out at feudal chastity and reveals some truths about marriage – kindness, duty and trust.

"Modern-day people can draw experience from the Southern Song Dynasty story, take a look at what we are doing today and then reflect on our world views and concept of love," said Bao Chaozan, writer ofthe play.

The opera, directed by Ni Donghai and performed by Sun Jianhong and Cai Jie, has been prepared for three years.

Hangzhou hopes to revive Hangju, preserve the intangible culture and support the play by providing social resources and subsidies.

"We want to tell a story about ancient Hangzhou and restore the vigor of Hangju," said Liu Jie, director of the Yue Fei Temple management committee. "The debut of 'Jie Fa Yuan' also aims to celebrate the 10th anniversary of West Lake's inclusion on the UNESCO World Heritage List." 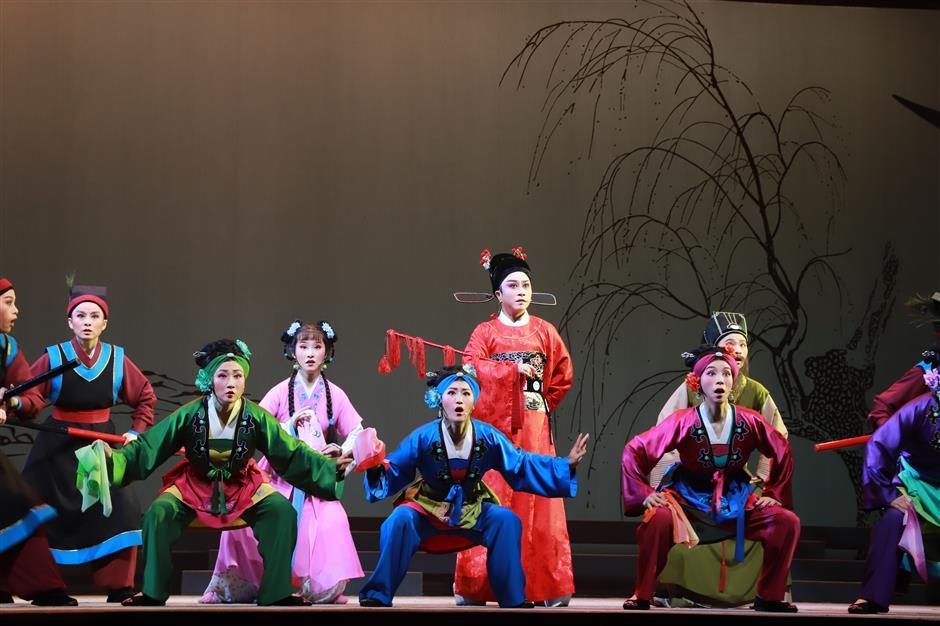 More Hangju Opera performances are on display to promote the intangible culture of Hangzhou.