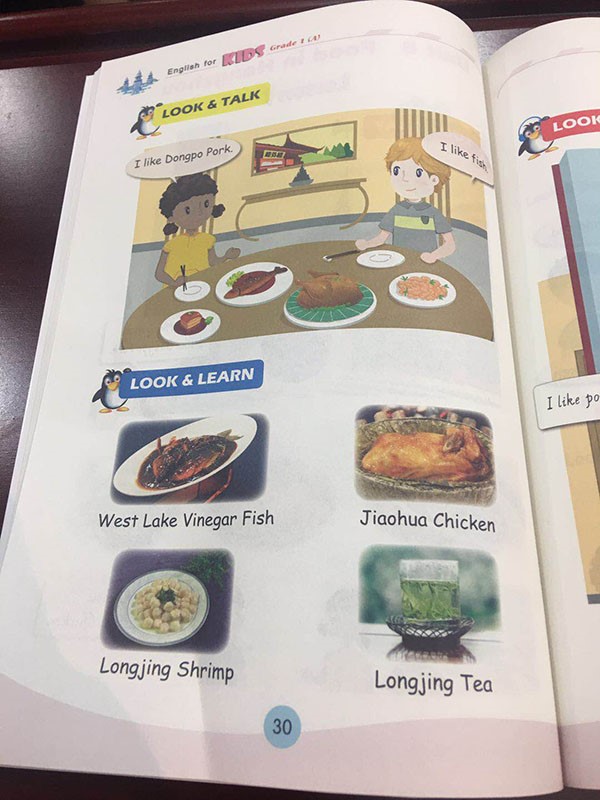 The local dishes in Hangzhou, east China’s Zhejiang Province, are included in the first grade textbook, English for Kids.

"The textbook can help children know their hometown, so that they can introduce Hangzhou to foreign friends," Wu said. 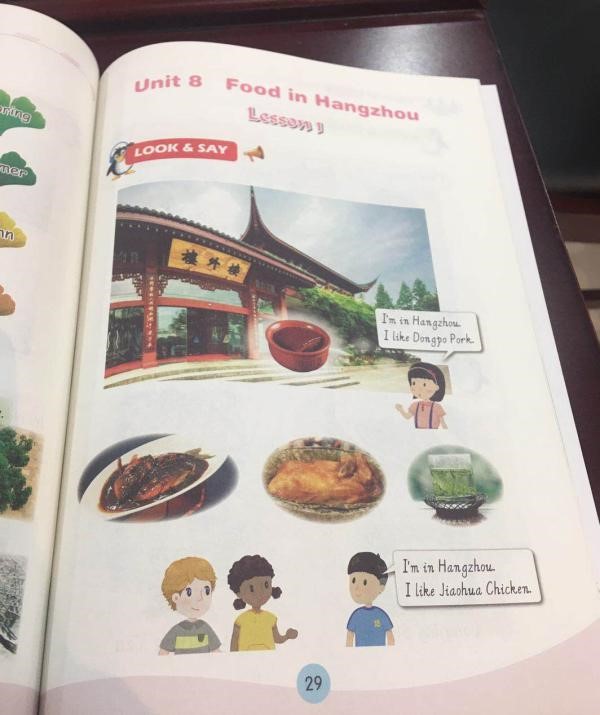 The cover of the first grade textbook shows landmarks, such as the West Lake Baozhu Pagoda, the Qianjiang New Town. There are four children in the textbook, two Chinese children named “hanghang” and “zhouzhou” and two foreign children  named “May” and “Lee”, which means “Hangzhou Charm” and “Beautiful Hangzhou”.

The textbook uses photos instead of paintings to give children a more visual understanding.