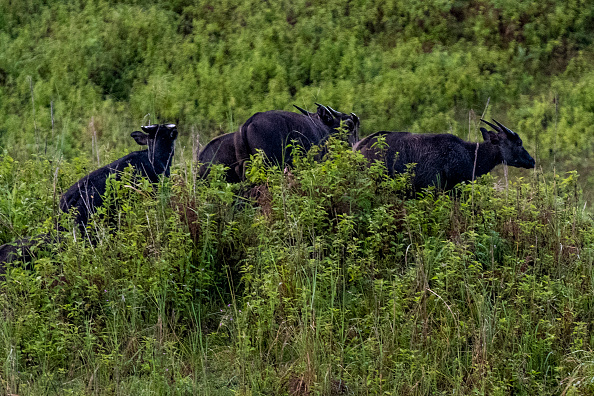 Critically endangered tamaraws graze on their territory on the island of Mindoro in the Philippines, October 17, 2018. (Photo: Getty Images) 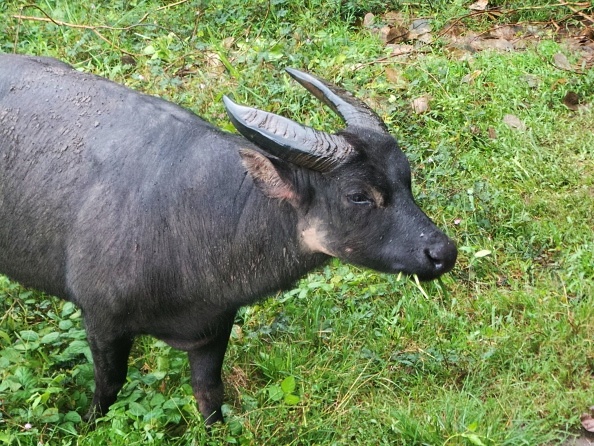 The tamaraw is an endangered bovid species. (Photo: Getty Images)

Tamaraws are solitary animals in the forest. Males and females only meet during the breeding season from December to May, which is also the dry season. After about 276 to 315 days, females will give birth to baby tamaraws in the wet season, when fresh food is plentiful. The calves are reddish-brown when they are born and slowly turn dark brown or black as they grow up. They usually leave their mums at the age of 2 to 4 years. A tamaraw on a Philippine stamp. (Photo: Getty Images)

Due to habitat loss and diseases, tamaraws are classified as critically endangered on the IUCN Red List. In April 2019, there were between 466 and 494 tamaraws on Mindoro.

February 12 marks the beginning of the Year of the Ox. Niu means "ox" in Chinese, but it can also mean "very impressive." In Chinese, the character niu is also a part of the names of animals other than the ox. In this series, CGTN goes over interesting facts about animals with the character niu in their names.